FORMER England footballer Andy Carroll has been involved in a horrifying head-on crash.

Witnesses living on the residential street told how the ex-Liverpool, Newcastle and West Ham striker looked “dazed and in utter shock” as he emerged from his monster motor.

The ponytailed player, 33, then swiftly went to check on the condition of the three people in the red Fiesta.

A front wheel of Carroll’s black Merc came off. Side panels and part of the bumper were also smashed.

Witnesses said Carroll, 33, who had been at the wheel, was breathalysed along with the woman driver of the Fiesta. No arrests were made. 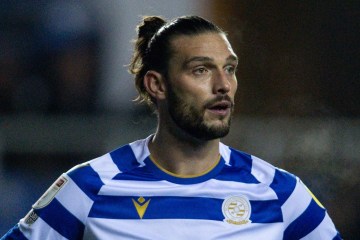 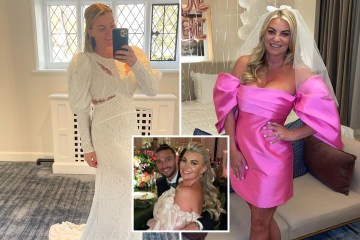 Carroll and a male pal with him escaped injury.

A male Fiesta passenger in his 50s was taken to hospital after complaining of chest pains.

Steve Garboulb saw the crash at 3.25pm on Saturday in Romford, East London, and said: “It was lucky no one died.

“The Fiesta and Mercedes collided head-on and another vehicle was hit in the carnage. It was a freak accident.”

John Cooper, who lives nearby said: “I heard the most awful bang.

“I saw Andy Carroll emerge from his vehicle. He was wandering around in a daze.

Carroll — who has nine England caps — spent the second half of last season with Championship side West Bromwich Albion but his contract was not renewed.