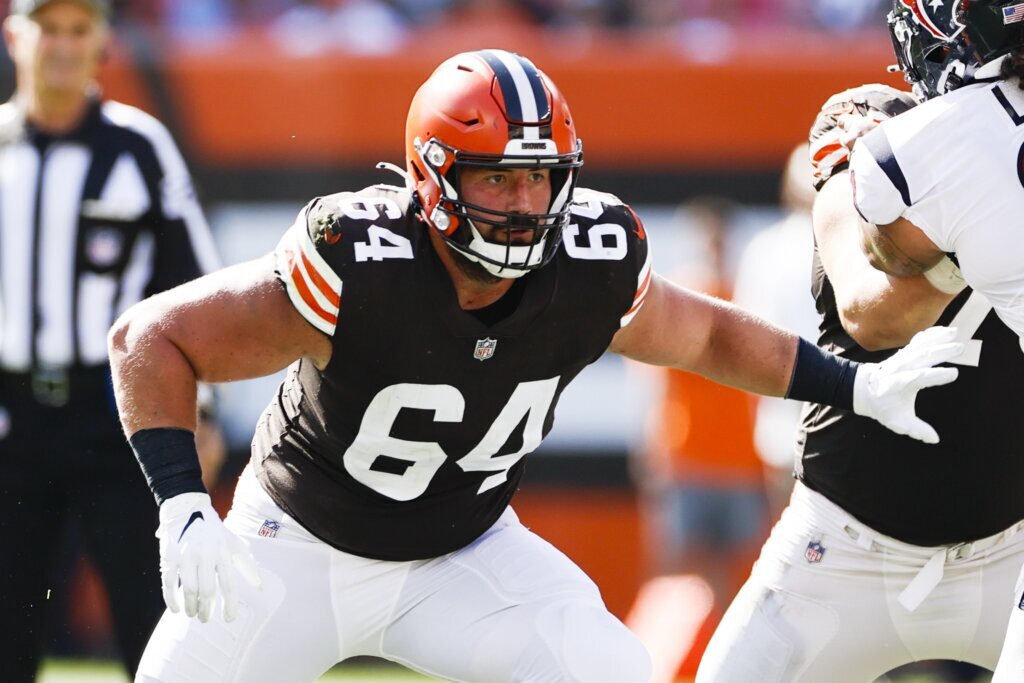 Tretter, who will continue to serve as president of the NFL Players Association, only missed one game for Cleveland over the past five seasons despite battling injuries. He said on Twitter that he’s decided “to stop playing when I wanted to — on my own terms.”

While he’ll no longer be on the field, Tretter will stay close to the game as union president. Tretter was instrumental in setting up team COVID-19 protocols and helping the league navigate pandemic-related challenges during the 2020 season.

The Browns released the 31-year-old Tretter in March — shortly after he was elected to a second-term — in a salary-cap move that saved $8.25 million. There had been speculation Cleveland might re-sign him after starter Nick Harris suffered a season-ending knee injury in the exhibition opener.

However, the Browns elevated Ethan Pocic to the starting lineup and Tretter remained unsigned before deciding to retire.

Green Bay drafted Tretter in the fourth round in 2013 from Cornell. He spent three seasons with the Packers before the Browns signed him as a free agent in 2017.