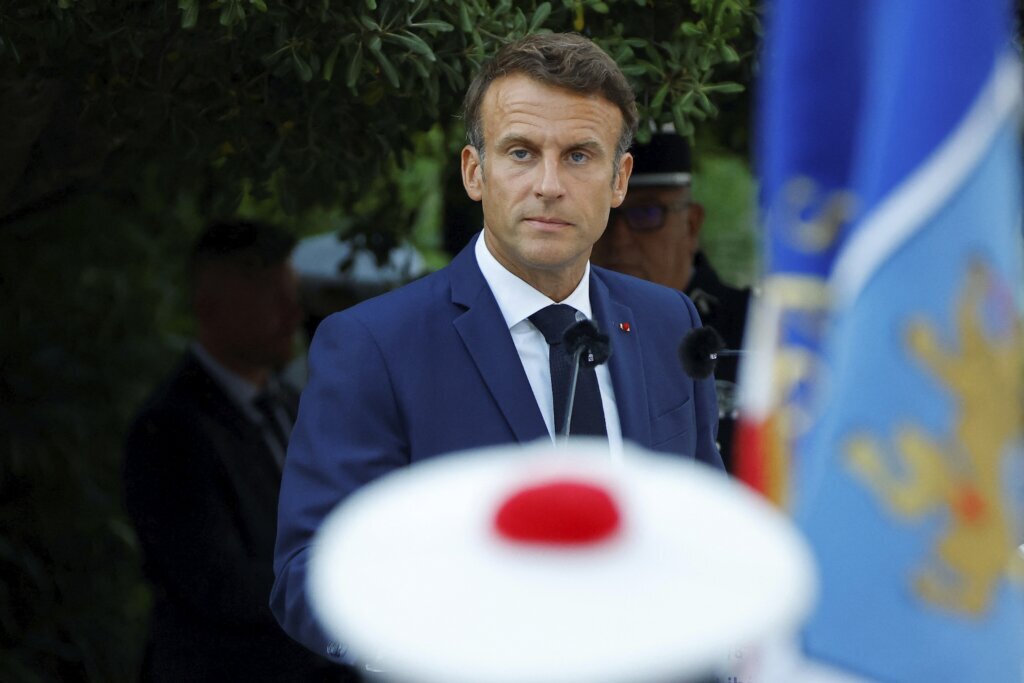 PARIS (AP) — Hours after talking with Vladimir Putin, French President Emmanuel Macron on Friday accused the Russian leader of launching a “brutal attack” on Ukraine in an imperialist, revanchist violation of international law.

Macron, who tried tirelessly but unsuccessfully to prevent the invasion and long vaunted the importance of dialogue with Putin, has grown increasingly critical of the Russian president as the war bears on.

He warned French citizens that the resulting energy and economic crisis confronting Europe isn’t over, calling it “the price of our freedom and our values.”

“Since Vladimir Putin launched his brutal attack on Ukraine, war has returned to European soil, a few hours away from us,” Macron said in a speech commemorating the 78th anniversary of the Allied landing in Nazi-occupied southern France during World War II.

Macron said Putin is seeking to impose his “imperialist will” on Europe, conjuring “phantoms of the spirit of revenge” in a “flagrant violation of the integrity of states.”

Earlier Friday, Macron spoke more than an hour with Putin to urge Russia to accept Ukraine’s conditions to allow U.N. nuclear inspectors to visit Europe’s largest nuclear plant. There are growing international concerns about security at the Zaporizhzhia plant, which is occupied by Russian forces and at the heart of the war.

The leaders also discussed efforts to get grain and other food commodities out of Russia. EU sanctions aimed at ending the war make exceptions for food.

It was their 20th conversation this year but their first in three months.