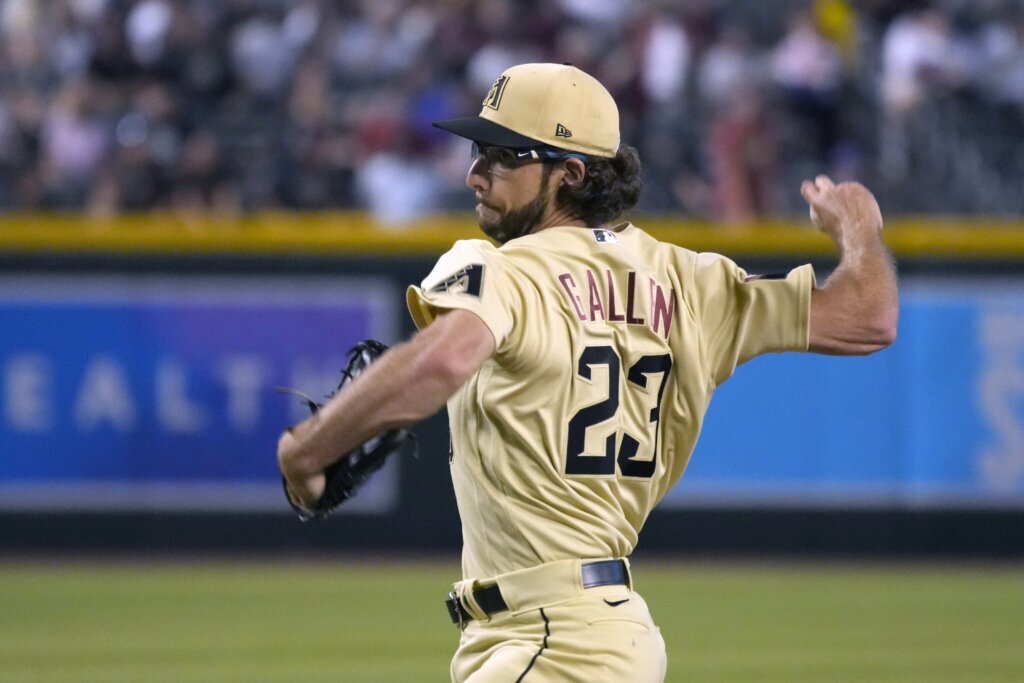 PHOENIX (AP) — Zac Gallen threw seven innings of shutout ball, Ketel Marte added a three-run homer and the Arizona Diamondbacks started their second half of the season with a 10-1 win over the Washington Nationals on Friday night.

The Nationals lost for the 16th time in 18 games.

Gallen (5-2) took a no-hit bid into the sixth inning before César Hernández sent a soft liner with two outs that deflected off Gallen’s glove and fell behind the mound. Gallen, shortstop Geraldo Perdomo and Marte all converged on the ball, but no one had time to throw out the speedy Hernández.

Gallen gave up two hits, struck out seven and walked none.

Marte launched his ninth homer of the season in the third, giving the D-backs a 4-0 lead. He hit a changeup from lefty Patrick Corbin (4-13) to center field where it just cleared the wall above the 413-foot sign.

It was another rough outing for Corbin, the veteran left-hander who came into the game with a 5.87 ERA. He gave up five runs on eight hits over five innings, walking one and striking out seven.

Daulton Varsho added a 451-foot solo shot to right field — hits 13th homer of the season — to give the D-backs a 6-0 lead in the sixth. Carson Kelly and Varsho both had three hits.

Washington star Juan Soto singled in the seventh inning, extending his on-base streak to 28 games, which is the longest of his career.

The Nationals fell to 31-64, the worst mark in the big leagues.

The Nationals announced the signing of several of their draft picks from earlier this month, including first-round selection outfielder Elijah Green, who was taken with the No. 5 overall choice.

Nationals: Placed RHP Tyler Clippard on the 15-day IL retroactive to July 19. Promoted RHP Hunter Harvey from Triple-A and reinstated RHP Victor Arano from the injured list. … LHP Josh Rogers is done with a rehabilitation assignment and been sent to Triple-A.

Diamondbacks: Marte was playing second base for the first time in about a month. He’s been used as a designated hitter while nursing a sore left hamstring. … RHP Zach Davies threw a bullpen on Friday. He’s been on the 15-day IL since June 28 because of right shoulder inflammation.

The teams play again on Saturday night. The D-backs will send LHP Madison Bumgarner (5-9, 3.83 ERA) to the mound. The Nationals will counter with veteran RHP Anibal Sanchez (0-1, 7.20).