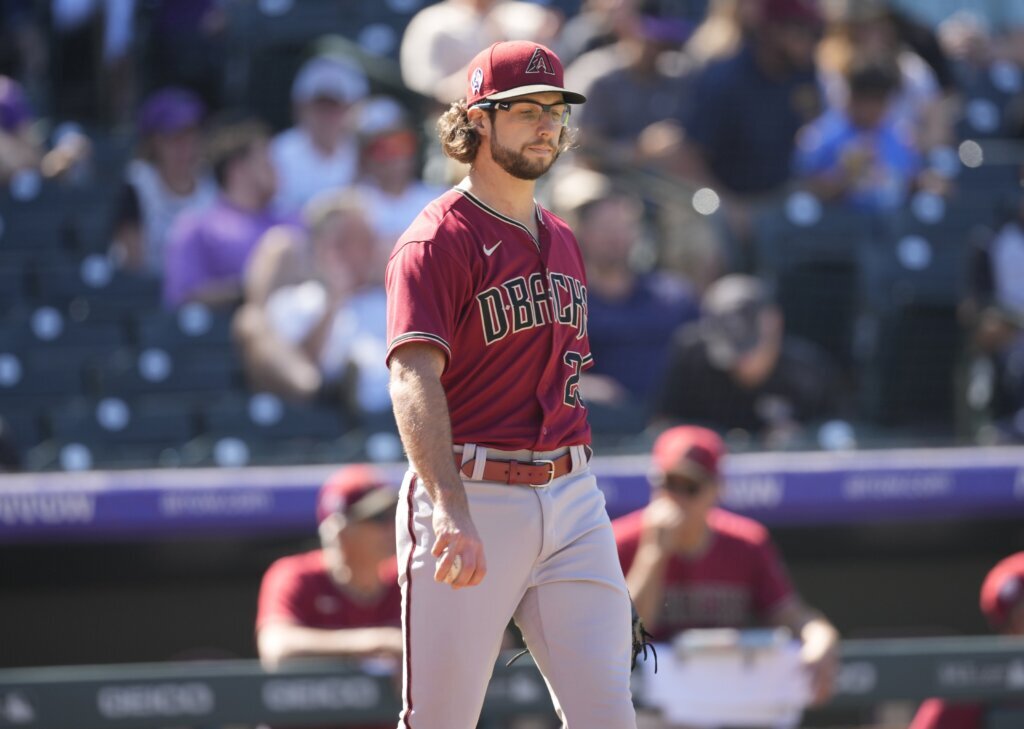 Gallen (12-2) struck out 11 in six innings to win for the seventh time in his last eight starts. He passed Brandon Webb with a scoreless first inning to set the franchise record at 42 1/3 innings; Webb’s mark came in 2007.

Gallen retired the next six batters but three straight singles by Colorado to open the fourth, the last an RBI single by C.J. Cron, ended his streak. It was the first run he allowed since Aug. 2 at Cleveland.

Elehuris Montero had a two-run double later in the fourth inning.

Gallen was two outs shy of tying Sal Maglie (45 in 1950) for sixth on the all-time list of longest scoreless streaks in MLB history.

Arizona scored four in the third and five in the seventh to back Gallen’s day. Jake McCarthy had four hits and three RBIs for the Diamondbacks.

Before the game, the two teams gathered around an American flag in the center of the infield in honor of Sept. 11, 2001. There was a moment of silence for that and for an Arvada police officer who was killed in the line of duty this weekend, before the national anthem.

Arizona scored four runs in the third inning, the last on heads-up baserunning by Christian Walker. Walker was on third and broke for home on Rockies starter Ryan Feltner (2-8). He retreated when catcher Brian Serven got the ball, but then reversed course when Serven threw to third, just beating the relay home.