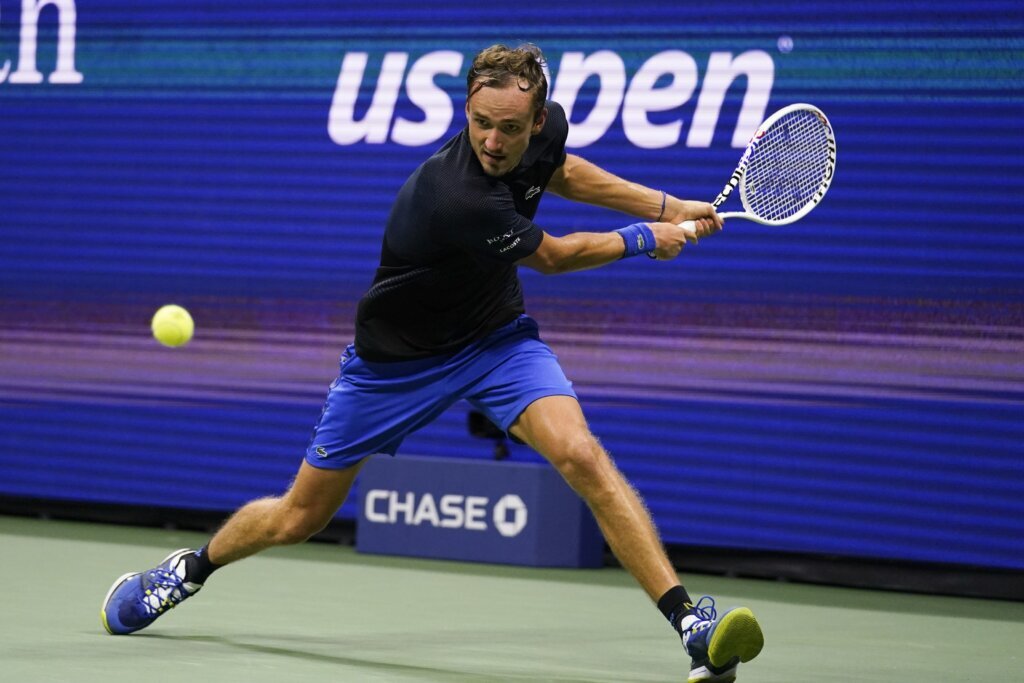 No. 12 seed Coco Gauff wagged her finger and showed the prowess that made her a U.S. Open championship contender in a 7-5, 7-5 win over Zhang Shuai.

Gauff had the New York crowd firmly on her side and fans erupted in the third set when she wagged her finger like Dikembe Mutombo’s signature move after she went up 6-5 in the second set. Zhang had smacked a ball into the net and covered her ears because of the noise.

He reached the U.S. Open quarterfinals for the first time in his career.

The fifth-seeded Ruud, already the first Norwegian man to appear in the third and fourth rounds at the U.S. Open, must reach the final for at least the opportunity to become the top-ranked player in men’s tennis.

Moutet dropped to 0-8 lifetime against top-10 opponents but the Frenchman’s week at Flushing Meadows was already a success. He became the first lucky loser (a player who fails to make it out of qualifying but gets into the main draw when someone withdraws) to reach the fourth round at the U.S. Open.

The 23-year-old Ruud, Rafael Nadal, Carlos Alcaraz and current No. 1 Daniil Medvedev are the only players who can end the tournament as the world’s top-ranked player. Rudd is ranked No. 7 in the world.

Ruud, who played for the first time in Arthur Ashe Stadium, faces Matteo Berrettini in the quarterfinals.

Davidovich Fokina had little left in the fifth set when he appeared to suffer an injury with the match tied 2-2. He went down in a heap after a hard split returning a ball along the baseline. He was on his knees and pounded the ground, grimacing as he eventually made his way to the bench. A trainer rubbed ice on Davidovich Fokina’s left knee and leg during every break the rest of the way.

Berrettini, the 2021 Wimbledon runner-up, reached the quarterfinals of a Grand Slam tournament for the fifth straight time. He dropped out of Wimbledon in June because he tested positive for COVID-19.

Berrettini labored through most of the match but used 18 aces and six winning break points to advance.

It’s time for the biggest match yet in the men’s U.S. Open draw.

Defending champion and No. 1 seed Daniil Medvedev plays 23rd-seeded Nick Kyrgios in an Arthur Ashe Stadium showdown where the winner should be the heavy favorite to reach the final.

The 27-year-old Kyrgios is 3-1 overall against Medvedev. Though he has a career-high ranking of No. 13, Kyrgios is 14-11 against players currently ranked in the top 5.

Medvedev, who has made at least the semifinals in each of the last three U.S. Opens, is trying to became the first repeat champion since Roger Federer won five straight from 2004 to 2008. Kyrgios won the most recent match between the two, which came in Montreal.

Medvedev is the only player in the top half of the draw who has not lost a set. No man has won a U.S. Open title without losing a set in the Open era, which began in 1968.

The big match on the women’s side comes during the afternoon at Ashe when No. 12 seed Coco Gauff plays Shuai Zhang. Gauff, a French Open finalist this year, is trying to reach the quarterfinals at the U.S. Open for the first time in her career.