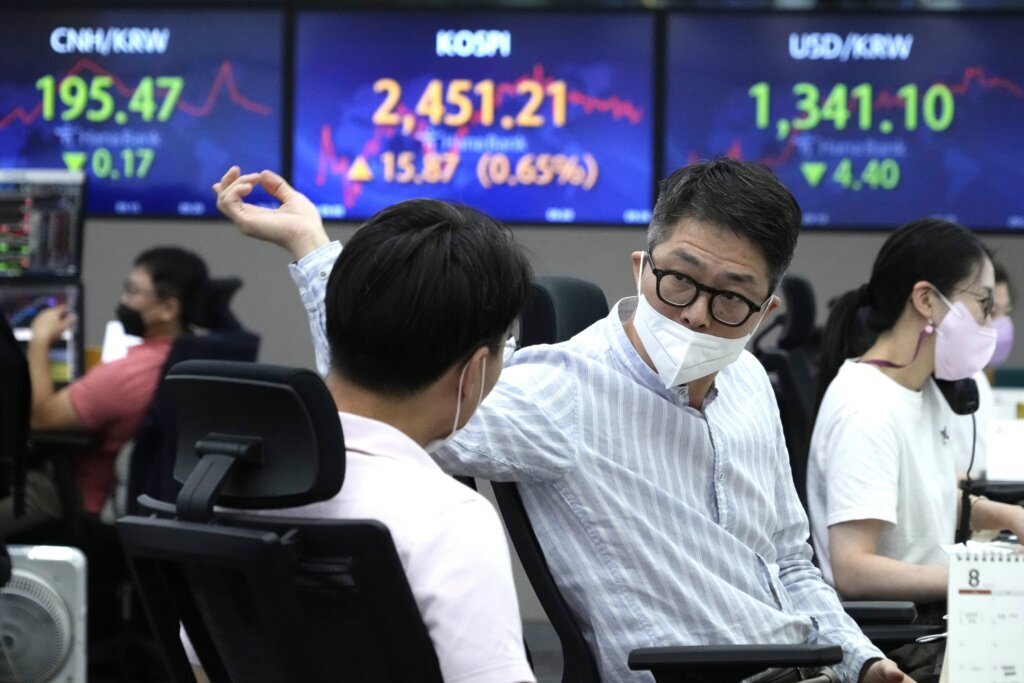 TOKYO (AP) — Global shares were mixed Wednesday as a wait-and-see mood set in following another — though more modest — day of sell-offs on Wall Street.

Worries about inflation are weighing on investors’ minds, including in Asia. Inflation data for Singapore released earlier in the week showed inflation was still going strong, with core inflation headed higher to 4.8% year on year for July. Food price inflation was at 6.1%.

Benchmarks finished lower in Japan and China, while they were higher in Australia and South Korea. European shares fell in early trading.

In the U.S., a report on new homes also set off pessimism about a possibly imminent recession. A slowdown in the American economy would be devastating for export-reliant Asia.

The next big event circled on the calendar is a speech Friday by Jerome Powell, the chair of the U.S. Federal Reserve. He’ll be speaking at an annual symposium held by the Fed in Jackson Hole, Wyoming, which has been the site of major market-moving speeches in the past.

Volatility has returned to Wall Street following what had been a strong summer as worries rise about how aggressively the Federal Reserve will raise interest rates to knock down high inflation. Recent comments from some Fed officials have cooled hopes the Fed may end up less forceful than feared.

A report showed that sales of new homes slowed more than economists expected last month. The housing industry has been one of the hardest hit by this year’s turnaround in interest rates. As the Fed jacked up its key overnight rate, mortgage rates climbed too and put a chill on the industry.

Such weak data on the U.S. economy raises worries that a recession may indeed be on the way, but it also could encourage the Fed to take it easier on rate hikes. Worries about a slowing economy stretch around the world, and the value of one euro dropped below $1 amid concerns about Europe in particular.