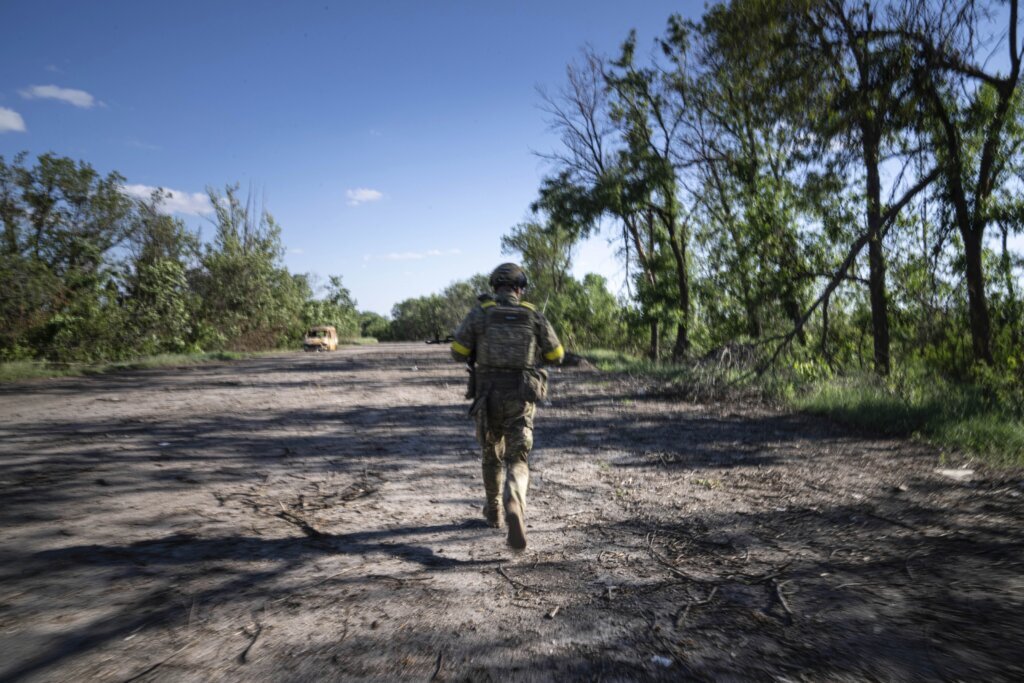 KYIV, Ukraine (AP) — Russian forces are strengthening their positions in a grueling fight to capture the last stronghold of…

KYIV, Ukraine (AP) — Russian forces are strengthening their positions in a grueling fight to capture the last stronghold of resistance in eastern Ukraine’s Luhansk province, the region’s governor said Sunday.

Ukrainian fighters have spent weeks trying to defend the city of Lysychansk, and to keep it from falling to Russia, as neighboring Sievierodonetsk did a week ago. A presidential adviser predicted its fate could be determined within days.

“The occupiers threw all their forces on Lysychansk. They attacked the city with incomprehensibly cruel tactics,” Luhansk governor Serhiy Haidai said on the Telegram messaging app. “They suffer significant losses, but stubbornly advance. They are gaining a foothold in the city.”

A river separates Lysychansk from Sievierodonetsk. Oleksiy Arestovych, an adviser to the Ukrainian president, said during an online interview late Saturday that Russian forces had managed for the first time to cross the river from the north, creating a “threatening” situation.

Arestovych said they had not reached the center of the city but that the course of the fighting indicated the battle for Lysychansk would be decided by Monday. In May, Ukrainian and British officials reported that Russia lost nearly an entire battalion in an attempt to cross the Siverskyi Donets River and set up a bridgehead.

Taking Lysychansk would bring Moscow closer to its stated goal of seizing all of Ukraine’s Donbas region. Luhansk and neighboring Donetsk are the two provinces that make up the Donbas, where Russia has focused its offensive since pulling back from northern Ukraine and the capital, Kyiv, in the spring.

Pro-Russia separatists have held portions of both eastern provinces since 2014, and Moscow recognizes all of Luhansk and Donetsk as sovereign republics. Syria’s government said Wednesday that it would also recognize the “independence and sovereignty” of the two areas.

The leader of neighboring Belarus, a Russian ally, claimed Saturday that Ukraine fired missiles at military targets on Belarusian territory several days ago but all were intercepted by an air defense system. President Alexander Lukashenko described the alleged strike as a provocation and noted that no Belarusian soldiers were fighting in Ukraine.

There was no immediate response from the Ukrainian military.

Belarus hosts Russian military units and was used as a staging ground for Russia’s invasion. Last week, just hours before Lukashenko was to meet with Russian President Vladimir Putin, Russian long-range bombers fired missiles on Ukraine from Belarusian airspace for the first time.

Lukashenko has so far resisted efforts to draw his army into the war. But during their meeting, Putin announced that Russia planned to supply Belarus with the Iskander-M missile system and reminded Lukashenko that his government depends on economic support from Russia.