GRAHAM POTTER will NOT be sacked if he fails to make the top four.

Chelsea’s new manager has been told that while Champions League qualification is a massive target this season, it will not be make or break for his job.

This is a huge departure from tradition at Chelsea where it has been recognised as the bare minimum to remain in employment.

But new chairman Todd Boehly and his fellow directors are insistent that they are in it for the long term with Potter and that he will be given time.

The former Brighton chief signed a five-year contract worth over £10million a year and has been told he will get full support from Stamford Bridge bigwigs.

Chelsea have finished outside the top four just twice in the last ten years — in 2016 and 2018. 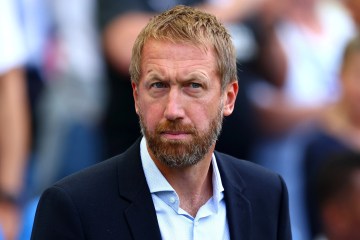 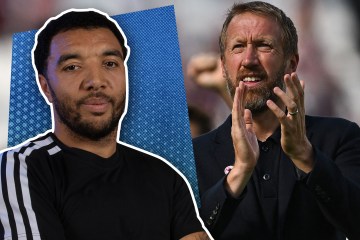 Both times the manager was sacke.

Jose Mourinho was axed in December 2015 when the team was spiralling down the table.

Antonio Conte got the push after falling one place and five points short three years later when he was at loggerheads with the board.

Boehly and his pals want to move away from Chelsea’s reputation for hiring and firing managers. Potter is the club’s sixth since Mourinho was axed just under seven years ago.

But he has been taken on to revamp Chelsea’s style of football and to buy into the “long term” project being introduced from above.

Chelsea are currently sixth in the Premier League after a shaky start in which they have lost two and drawn one of their six games.

Chelsea were due to face a tough away game at local rivals Fulham today before all football was cancelled due to the death of The Queen.

But Chelsea’s new owners will not be influenced by results in the next few weeks and will not panic if it takes time to turn things around.

Man charged with murder in Minnesota shooting that killed 3