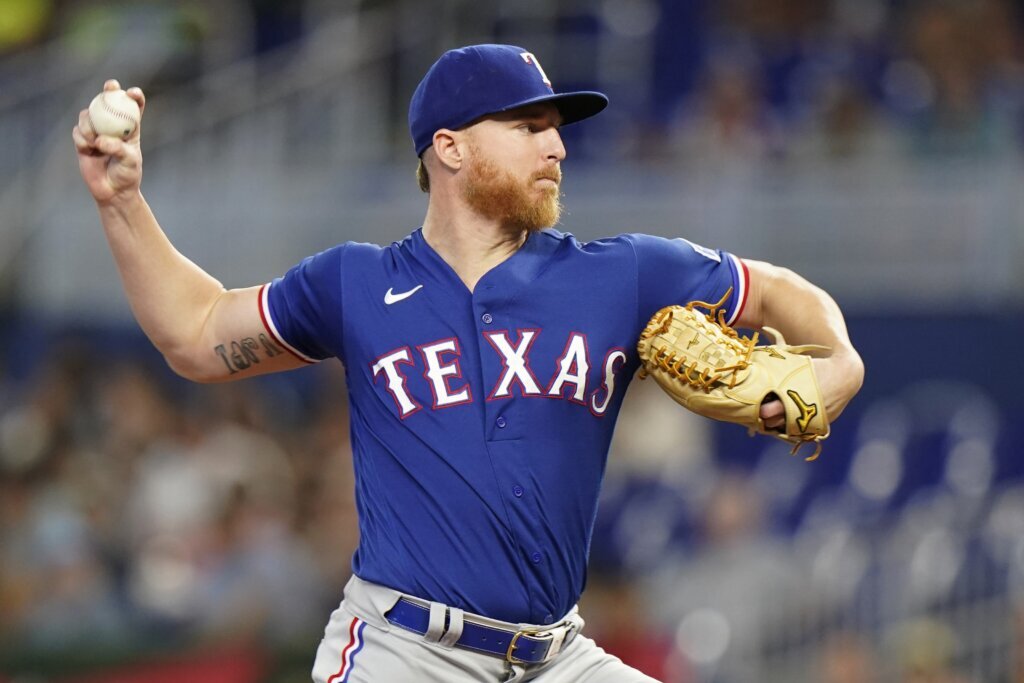 The Marlins lost their fourth straight, and their scoreless streak reached 34 innings. They last scored in the second inning of their 2-1 loss against Philadelphia on July 15.

Miami also tied a club record with its ninth consecutive game without a home run. Marlins teams in 1993 and 2019 had similar droughts.

Rangers shortstop Corey Seager rejoined the team in Miami after appearing in the All-Star Game. But he got the day off.

Texas jumped in front on consecutive RBI singles by Nathaniel Lowe, Jonah Helm and García in the third. García added a two-run shot in the fifth, driving the first pitch from Miami starter Pablo López over the wall in right for his 16th homer.

López (6-5) was lifted after five innings. The right-hander was charged with five runs and five hits.