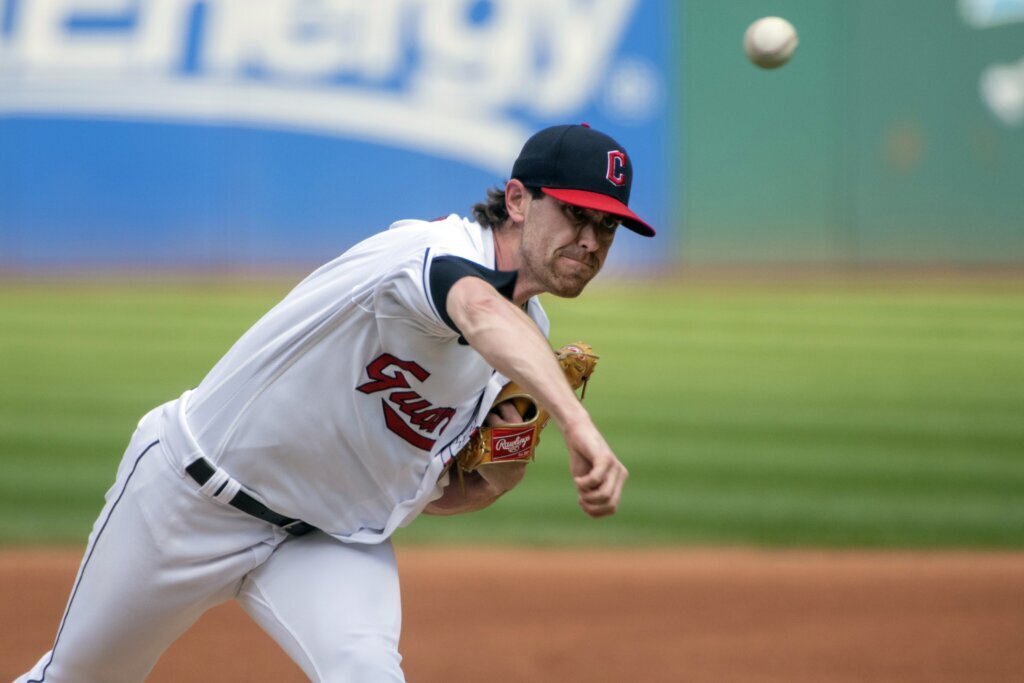 CLEVELAND (AP) — Shane Bieber allowed one run over eight innings, Amed Rosario had four hits and the AL Central-leading Cleveland Guardians won their seventh in a row against the Minnesota Twins, 5-1 in a doubleheader opener on Saturday.

Bieber (11-8) won his third straight start, allowing four hits and walking none for the ninth time in 28 starts.

Minnesota’s Matt Wallner homered in the eighth and went 1 for 3 with a walk in his big league debut, with his parents and fiancée in attendance. The 24-year-old was the 39th overall pick in the 2019 amateur draft and played at this year’s Futures Game.

Emmanuel Clase pitched a perfect ninth for his major league-leading 37th save in 40 chances.

Cleveland is 12 games over .500 for the first time since the end of the 2019 season. The Guardians clinched the season series against the Twins by winning Friday’s opener of the rare five-game series.

Minnesota dropped to 5-10 in September.

Louie Varland (0-1), a 24-year-old right-hander, made his second big league appearance following his debut on Sept. 7. He gave up four runs and nine hits in five innings.

Rosario had his fourth four-hit game of the season, including RBI singles in the third and sixth that helped build a 5-0 lead.

Ramírez homered in the first on a 421-foot drive to right, his 28th home run and 112th RBI. The All-Star moved into 11th place in franchise history with 191 homers.

Miller tacked on a two-run double in the fourth.

Right-hander Josh Winder (4-4, 3.83 ERA) was to start the second game for Minnesota and left-hander Konnor Pilkington (1-2, 4.30 ERA) was recalled from Triple-A Columbus to start for Cleveland in his 10th big league stint this year.

Twins OF Max Kepler was placed on the 10-day IL with a sprained right wrist and Wallner was recalled from Triple-A St. Paul. Kepler, batting .227 with nine homers and 43 RBIs, had missed the previous four games.

Twins: SS Jorge Polanco (left knee inflammation) was removed from the first game of his rehab assignment with TSt. Paul after experiencing soreness Friday against Louisville. Polanco, who went 1 for 2, is being examined in Minneapolis.

Guardians: OF Steven Kwan (head) went 2 to 5, a day after the rookie was struck squarely on the top of his head by a foul ball after running into the netting in left. He remained in the game.

RHP Joe Ryan (11-8, 3.83) starts Sunday for Minnesota after throwing seven hitless innings against Kansas City on Tuesday and getting removed after 106 pitches in a 6-3 win. RHP Cody Morris (0-1, 2,79) starts for Cleveland.