Gun applicants in NY will have to hand over social accounts 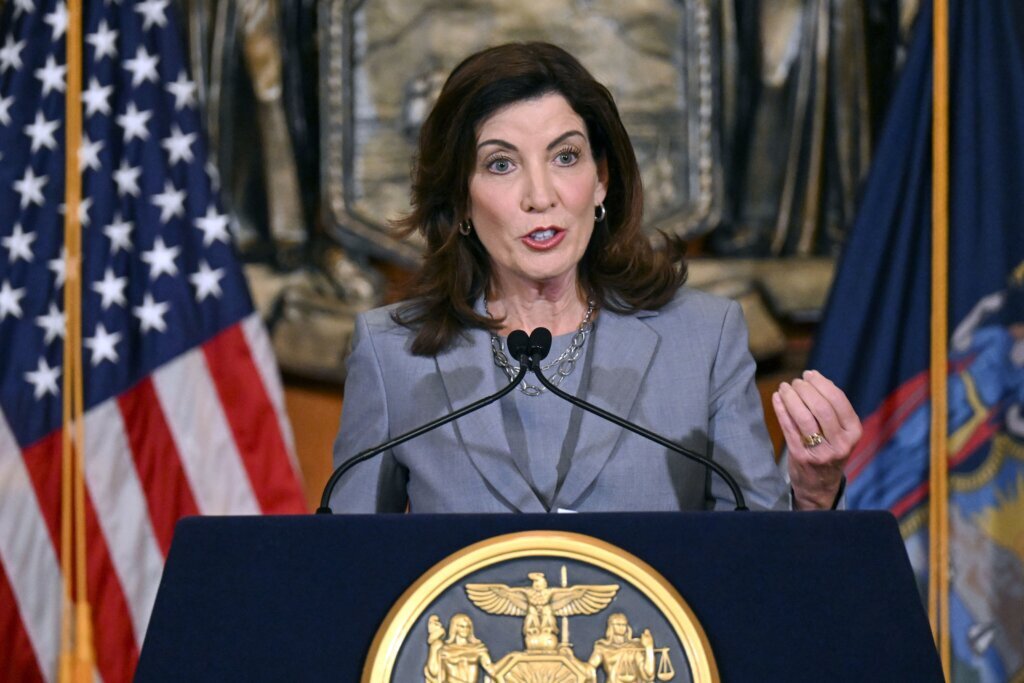 ALBANY, N.Y. (AP) — As missed warning signs pile up in investigations of mass killings, New York state is rolling out a novel strategy to screen applicants for gun permits. People seeking to carry concealed handguns will be required to hand over their social media accounts for a review of their “character and conduct.”

It’s an approach applauded by many Democrats and national gun control advocacy groups, but some experts have raised questions about how the law will be enforced and address free speech concerns.

Some of the local officials who will be tasked with reviewing the social media content also are asking whether they’ll have the resources and, in some cases, whether the law is even constitutional.

Sheriffs haven’t received additional money or staffing to handle a new application process, said Peter Kehoe, the executive director of the New York Sheriffs’ Association. The law, he asserted, infringes on Second Amendment rights, and while applicants must list their social media accounts, he doesn’t think local officials will necessarily look at them.

“I don’t think we would do that,” Kehoe said. “I think it would be a constitutional invasion of privacy.”

The new requirement, which takes effect in September, was included in a law passed last week that sought to preserve some limits on firearms after the Supreme Court ruled that most people have a right to carry a handgun for personal protection. It was signed by Gov. Kathy Hochul, a Democrat, who noted shooters sometimes telegraph their intent to hurt others.

Increasingly, young men have gone online to drop hints of what’s to come before executing a mass killing, including the gunman who killed 19 children and two teachers at an Uvalde, Texas, elementary school.

Under the law, applicants have to provide local officials with a list of current and former social media accounts from the previous three years. It will be up to local sheriff’s staff, judges or country clerks to scroll through those profiles as they check whether applicants have made statements suggesting dangerous behavior.

The law reflects how the Supreme Court ruling has shifted responsibility to states for vetting those who carry firearms in public, said Tanya Schardt, senior counsel and director of state and federal policy for gun control advocacy organization Brady.

Her group said it was not aware of any other states requiring gun permit applicants to submit social media profiles.

The new approach, however, comes amid growing debate over the policing of social media posts and a legacy of unwarranted surveillance of Black and brown communities.

“The question should be: Can we do this in an anti-racist way that does not create another set of violence, which is the state violence that happens through surveillance?” said University of Pennsylvania social policy, communications and medicine professor Desmond Upton Patton, who also founded SAFElab, a research initiative studying violence involving youths of color.

“You’re also going to have to tell them your social media accounts because New York wants to thoroughly investigate you to figure out if you’re some of those dangerous law-abiding citizens who are taking the country by storm and causing crime to skyrocket,” Jared Yanis, host of the YouTube channel Guns & Gadgets, says in a widely viewed video on the new law. “What have we come to?”

Hochul, who also has tasked state police with routing out extremism online, didn’t immediately respond to a list of questions about the social media requirement, including how the state will address free speech and privacy concerns.

“Often the sticking point is: How do we go about enforcing this?” Metro State University criminal justice professor James Densley, cofounder of research initiative The Violence Project, said. “I think it starts to open up a bit of a can of worms, because no one quite knows the best way to go about doing it.”

It can be tricky, he said, to decode social media posts by younger people, who could simply be expressing themselves by posting a music video.

New York should instead consider giving the job to a trained group tasked with figuring out how to best reach out to people online who are showing signs of radicalization or trauma and may need help, Patton said.

“There’s a lot of nuance and contextual issues. We speak differently; how we communicate, that could be misunderstood,” Patton said. “I’m concerned we don’t have the right people or the right tools in place to do this in a way that’s useful in actually preventing violence.”

Adam Scott Wandt, a public policy professor at the John Jay College of Criminal Justice, said that he supports gun control, but that he worries the New York law could set a precedent for mandatory disclosure of social media activity for people seeking other types of licenses from the state.

New York’s law is rushed and vague, said Wandt, who teaches law enforcement personnel how to conduct searches on people through social media.

“I think that what we might have done as a state here in New York is, we may have confirmed their worst fears — that a slippery slope will be created that will slowly reduce their rights to carry guns and allow a bureaucracy to decide, based on unclear criteria, who can have a gun and who cannot,” Wandt said. “Which is exactly what the Supreme Court was trying to avoid.”