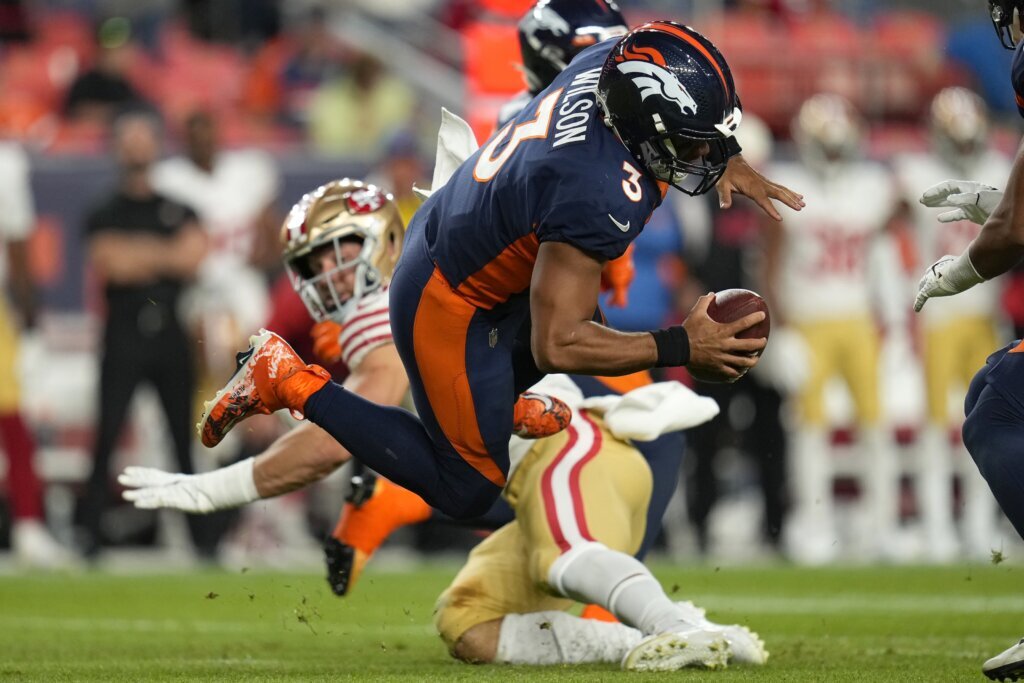 Right guard Quinn Meinerz, who pulled a hamstring in the opener and aggravated it during practice this week, was ruled out along with receiver Tyrie Cleveland, linebacker Jonathan Cooper and cornerback Darius Phillips.

Also ruled out was right tackle Billy Turner, who has yet to suit up after underoing offseason knee surgery and missing most of training camp.

Turner is behind schedule in his rehabilitation. Had the Broncos known he’d miss the first month of the season they would have placed him on short-term injured reserve and freed up his roster spot in September.

The Broncos (2-1) got some good news Friday when defensive tackle D.J. Jones returned to the field, giving them hope that he can clear concussion protocol for the game Sunday at Las Vegas (0-3). The Raiders are a 2½-point favorite, according to FanDuel Sportsbook, despite their status as the league’s only winless team.

Jones is listed as questionable for the game as is left guard Dalton Risner (ankle), who sat out Wednesday’s practice, was limited on Thursday and participated fully on Friday.

“I think that’s a very, very high chance that we’ll see them out there,” Hackett said.