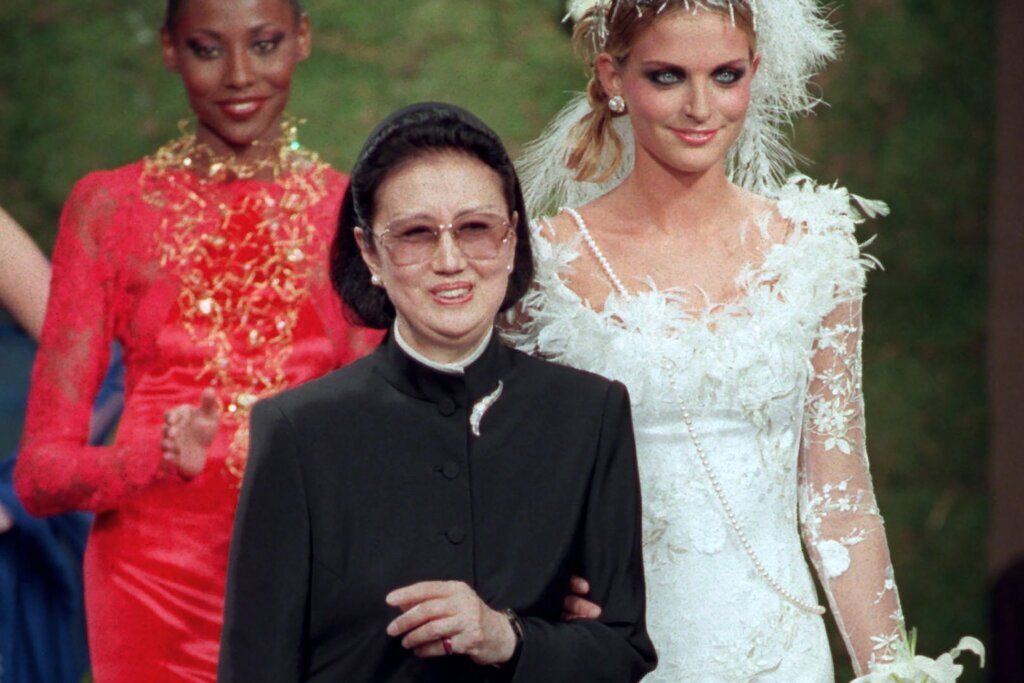 Mori symbolized the rise of Japan as a modern, fashionable nation and the rise of the working woman. The media reports said she died Aug. 11, but other details were not immediately available.

With her motto, “You feel decent, no matter where in the world you wear them,” Mori wanted to give confidence and dignity to the wearer. Her umbrellas and scarves, often decked with colorful butterflies, were popular with working women as a kind of status symbol.

She opened her studio in 1951 and was a pioneer of a generation of Japanese designers who became globally prominent. Her first New York show, held in 1965, was acclaimed as “East meets West.”

She opened her Paris studio in 1977 and built an international business that extended to perfumes and publishing as well as fashion.

Reputed for infusing Japanese elements inspired by the kimono, Mori designed costumes for hundreds of Japanese films, in the 1950s and 1960s, dressing star actresses like Mie Kitahara, Sayuri Yoshinaga and Shima Iwashita, in some of the most renowned cinematic pieces the era produced.

The elaborate costumes she designed for singer Hibari Misora are also well-known among fashion buffs. She also designed for the opera, including “Madame Butterfly” in Milan in 1985, and the Noh theater. In 2002, she was awarded the Legion of Honor from the French government.

She is survived by two sons, who are active in her fashion business, Japanese media said. Her husband Ken Mori died in 1996. Her grandchildren Izumi Mori and Hikari Mori are fashion models.