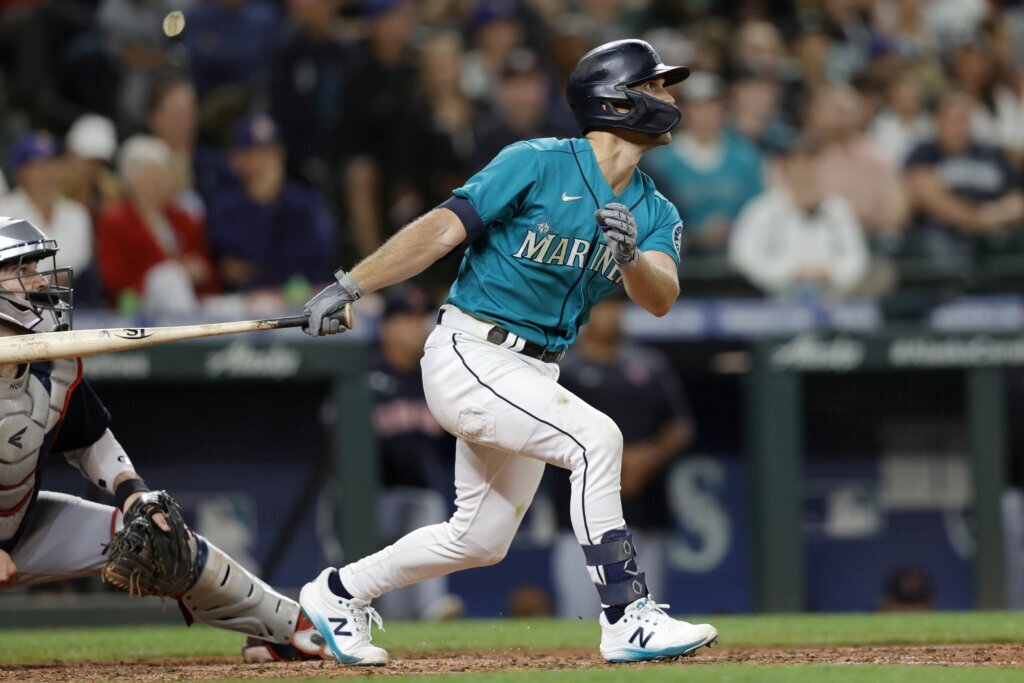 SEATTLE (AP) — Mitch Haniger singled home the winning run in the 11th inning and the Seattle Mariners beat the Cleveland Guardians 3-2 on Friday night in a matchup of American League playoff contenders.

Cleveland’s lead in the AL Central was trimmed to three games over Minnesota, which blanked San Francisco. Seattle is clinging to a postseason spot in a tight wild-card race.

After a tense pitching duel between starters Shane Bieber and Logan Gilbert, the Mariners got a terrific effort from their bullpen and pulled it out.

Haniger hit a leadoff single in the bottom of the 11th on a 2-0 pitch from All-Star closer Emmanuel Clase (2-3) to score automatic runner Dylan Moore from second base.

First baseman Carlos Santana threw out a runner at the plate in the top of the 11th, and Penn Murfee (4-0) retired Tyler Freeman with the bases loaded to end the inning.

The first four runs of the game scored on sacrifice flies.