Hartman passes for 4 TDs as No. 23 Wake Forest beats Vandy 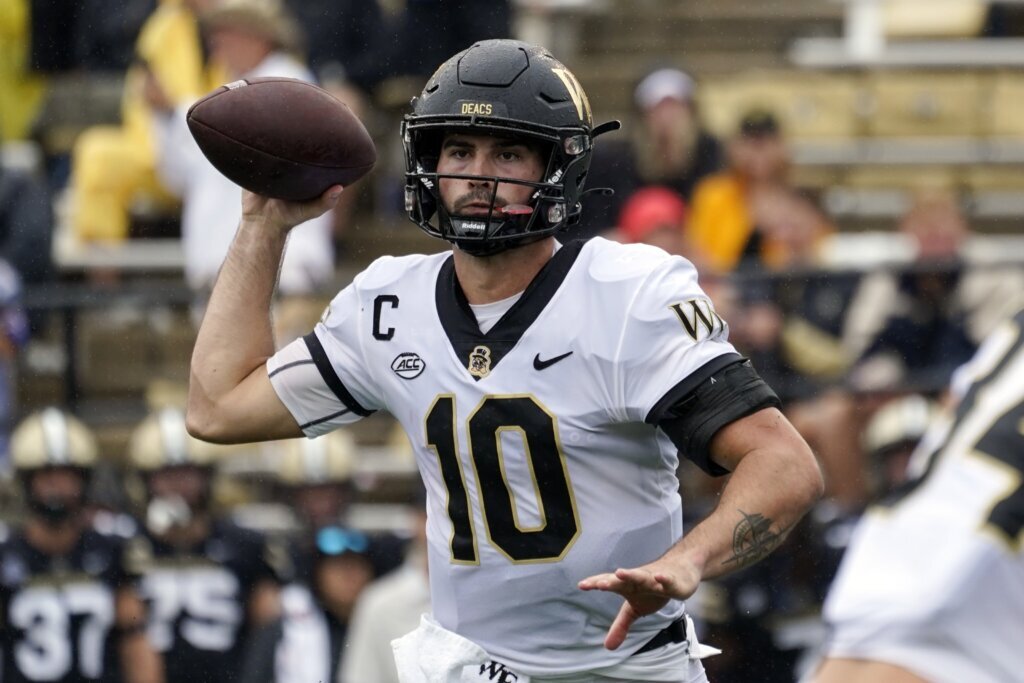 Hartman connected on 18 of 27 passes after he missed Wake Forest’s opener against VMI because of a blood clot. The fifth-year quarterback directed the Demon Deacons to 11 wins and a trip to the Atlantic Coast Conference championship game last season.

Hartman’s 68-yard touchdown pass to A.T. Perry lifted Wake Forest (2-0) to a 14-3 lead with 36 seconds left in the first quarter. He found Christian Turner for a 2-yarder early in the second quarter, and then threw second-half touchdown passes to Taylor Morin and Cameron Hite.

A.J. Swann passed for two touchdowns for Vanderbilt in relief of Mike Wright. Swann also ran for a 2-point conversion.

The Demon Deacons went ahead to stay when Wright threw a pass to the left under pressure that was intercepted by Coby Davis and returned 31 yards for a touchdown in the first quarter.

MLB injured list use drops 13% this year, lost days down 4%

Julen Lopetegui jetting in for Wolves talks with Prem…