Hawkeyes will try again to rev up offense when Nevada visits 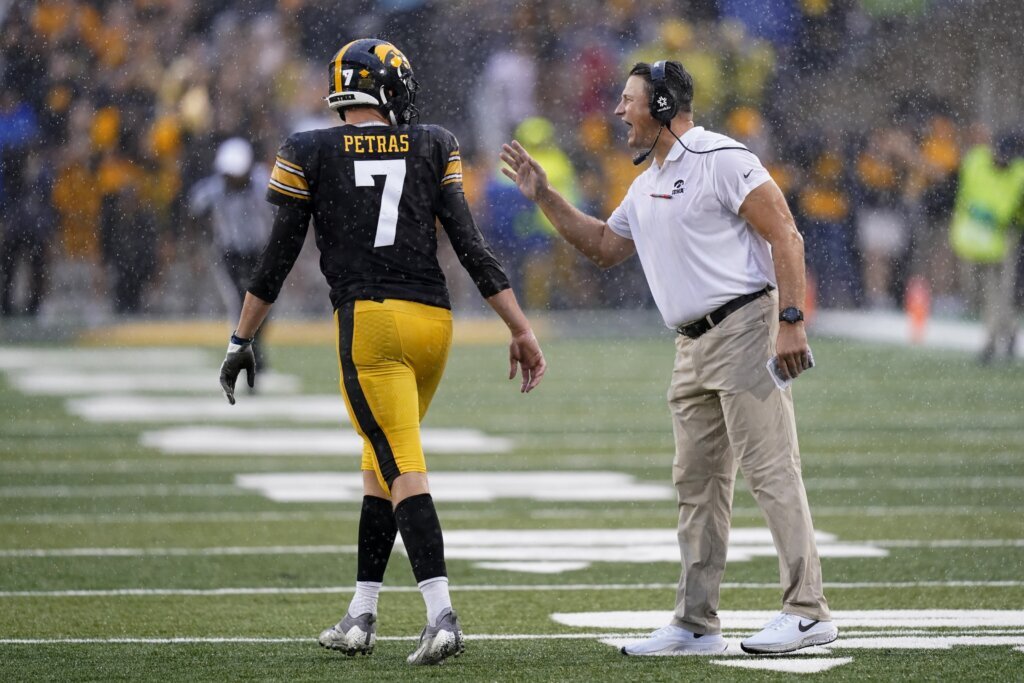 Line: Iowa by 23 1/2 points, according to FanDuel Sportsbook.

If Iowa’s ailing offense can’t get well this week, its problems are worse than anyone imagined. The Hawkeyes’ offense has scored 10 of the team’s 14 total points through two games and is averaging 158 yards — both worst-in-the-nation marks. Nevada goes to Kinnick Stadium after allowing 616 yards and 55 points in a loss to Incarnate Word of the Championship Subdivision.

Nevada: DT Dom Peterson has been a disruptive force in all five of his seasons. He has three sacks, two fumble recoveries, a forced fumble and a blocked kick through three games. His 25 career sacks rank fourth among active players in the Bowl Subdivision.

Iowa: Petras is the face of Iowa’s struggling offense. It would be hard to imagine him keeping the starter’s job if he’s ineffective again. His 45.1% completion rate (23 of 51) is fifth-worst among the 139 FBS quarterbacks with more than 20 pass attempts, according to Sportradar.

Iowa has given up one touchdown and 6.5 points per game through two games. The last time the Hawks gave up just one touchdown over two games was in 2018. … Nevada gave up 35 straight points after leading Incarnate Word 17-3 last week. … Iowa’s total of 40 penalty yards is best in the nation. … Iowa is 10-1-1 against current members of the MWC, the only loss coming against Hawaii in 1988. … Nevada’s Bentlee Sanders leads the nation with four interceptions.