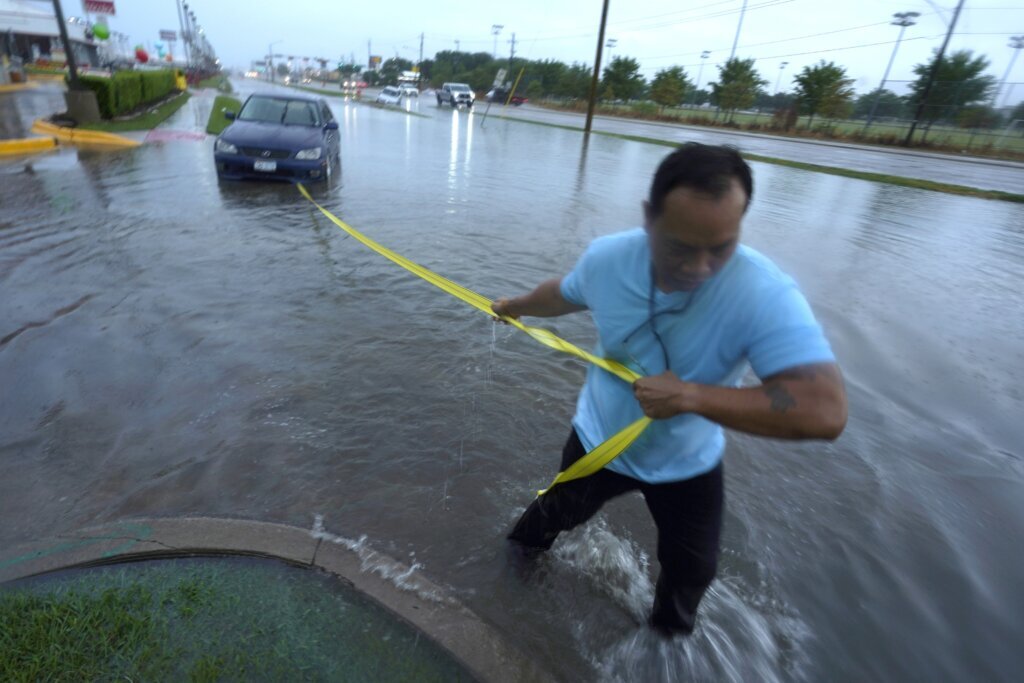 DALLAS (AP) — Heavy rains across the Dallas-Fort Worth area on Monday caused streets to flood, submerging vehicles as officials…

DALLAS (AP) — Heavy rains across the Dallas-Fort Worth area on Monday caused streets to flood, submerging vehicles as officials warned motorists to stay off the roads.

“The Dallas-Fort Worth area was pretty much ground zero for the heaviest rain overnight,” said Daniel Huckaby, a meteorologist with the National Weather Service.

He said that as of Monday morning, at least 7 inches (18 centimeters) of rain had fallen across much of the area.

In a Tweet just after 9 a.m., Dallas police listed dozens of locations where they were responding to high water calls. At 10 a.m., the Fort Worth Fire Department tweeted that they were working 25 high water investigations or rescue calls in that city.

“We’ve been in drought conditions, so the ground soaked up a lot of it but when you get that much rain over that short a period of time, it’s certainly going to cause flooding, and that’s what we saw, definitely in the urban areas here,” Huckaby said.

Huckaby said that the flooding started overnight on streets and interstates.

“It fell very, very quickly,” Huckaby said. “We had some locations there in Dallas that had more than 3 inches (7.6 centimeters) of rain even in one hour.”

He noted that with so much concrete in urban areas, “there’s just only so much that the drain systems can handle.”

Around White Rock Lake in Dallas, standing water covered some grassy fields. And after months of being dried by hundred-degree temperatures and almost no precipitation, the lake’s concrete spillway was engulfed by a torrential flow.

The heavy rain is expected to move out of the Dallas-Fort Worth area later Monday, Huckaby said.