Homes of 85,000 people at risk, but rain eases around Sydney 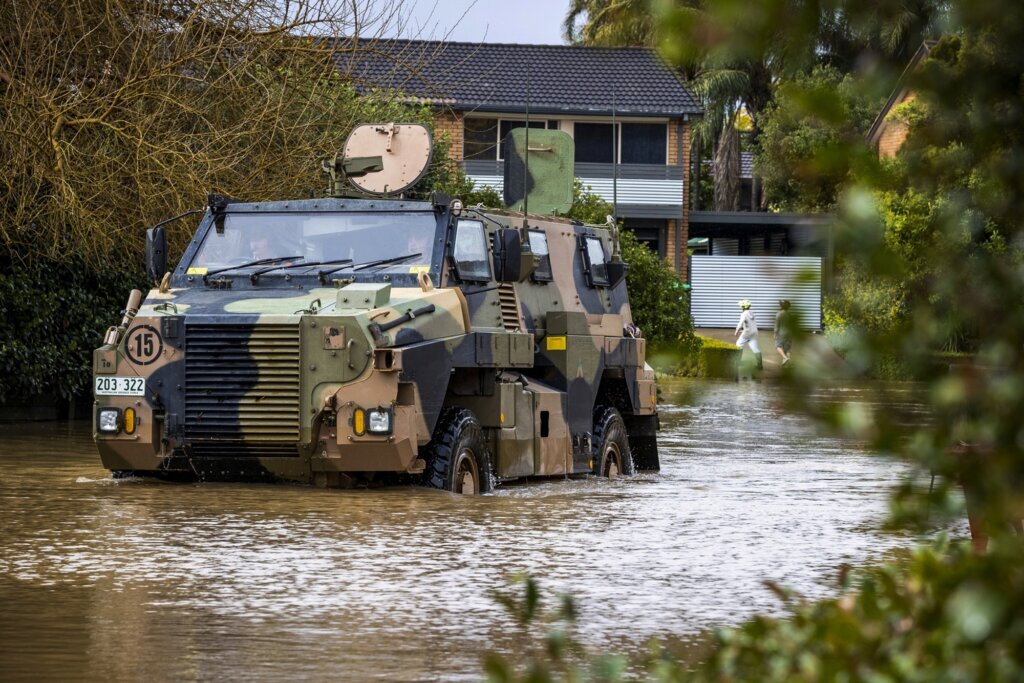 Floodwaters had inundated or were threatening the homes of 85,000 people around Sydney on Wednesday as rivers started to recede and the heavy rains tracked north of Australia’s largest city.

SYDNEY (AP) — Floodwaters had inundated or were threatening the homes of 85,000 people around Sydney on Wednesday as rivers started to recede and the heavy rains tracked north of Australia’s largest city.

Emergency responders knocked on doors overnight in the towns of Singleton and Muswellbrook, in the Hunter Valley north of Sydney, to order residents to evacuate, she said.

“For many, it has been a sleepless night,” Cooke said.

Evacuation orders and official warnings to prepare to abandon homes were given to 85,000 people by Wednesday, up from 50,000 on Tuesday, New South Wales state Premier Dominic Perrottet said.

On the fifth day of the flood emergency, Perrottet warned that homes that remained dry during previous floods could be inundated this week.

“This event is far from over. Please don’t have that past experience inform your current behavior,” Perrottet said.

Federal funding would be available to flood victims from Thursday, less than two days after a disaster was declared in 23 local government areas, Prime Minister Anthony Albanese said.

“This is, I believe, the quickest that these payments have ever been approved,” Albanese said.

Albanese said the fourth major flood event across Sydney and its surrounds since March last year that followed devastating wildfires in the same region during the 2019-2020 Southern Hemisphere summer were evidence of the need for climate action.

“We are looking at long-term solutions. My government has changed Australia’s position on climate change from day one,” he said.

Albanese’s center-left Labor Party was elected in May on a promise to cut Australia’s greenhouse gas emissions by 43% below 2005 levels by the end of the decade. The previous conservative government had promised a reduction of between 26% and 28%.

“What we know is that Australia has always been subject of floods, of bushfires, but we know that the science told us that if we continued to not take action, globally, on climate change, then … extreme weather events would be more often and more intense. And what we’re seeing, unfortunately, is that play out,” Albanese added.

When Parliament resumes on July 26 for the first time since the election, the government will propose spending 4.8 billion Australian dollars ($3.3 billion) on disaster mitigation measures such as building higher river levees, Albanese said.

Bureau of Meteorology manager Jane Golding said the weather pattern that brought heavy rain to Sydney since Friday has moved off the coast north of the city of 5 million people.