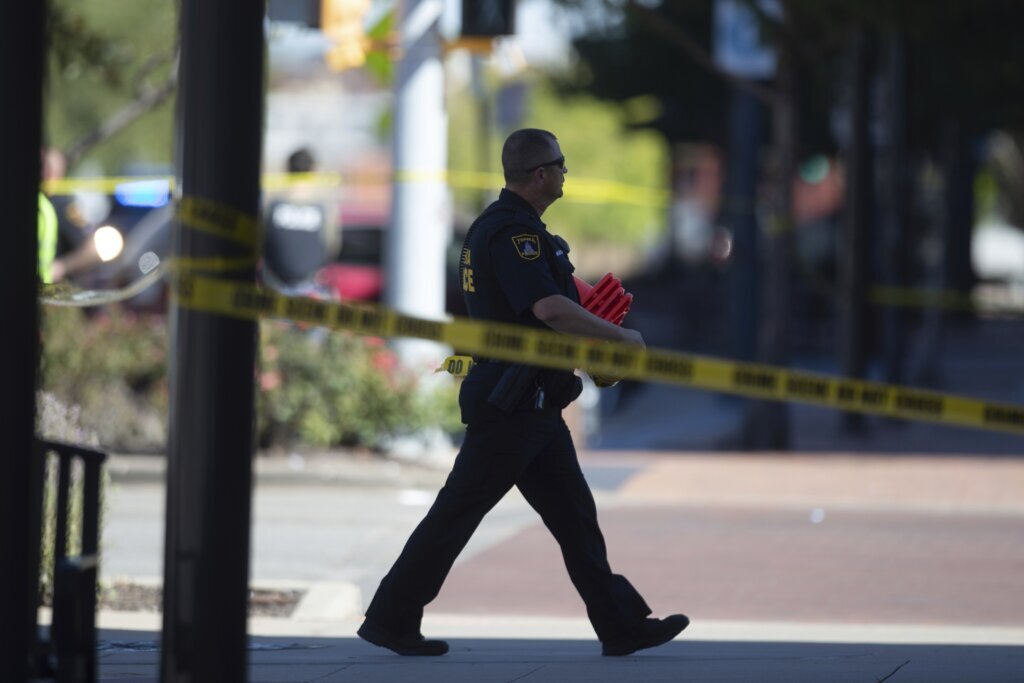 TOPEKA, Kan. (AP) — A homicide suspect injured at least one police officer in a shootout Thursday in downtown Topeka…

TOPEKA, Kan. (AP) — A homicide suspect injured at least one police officer in a shootout Thursday in downtown Topeka that came after the suspect led law enforcement on a chase through Kansas’ capital city.

Police said the unnamed suspect was wanted in connection with a double shooting at a south Topeka home, with one person dead and another hospitalized Thursday morning with life-threatening injuries. An injured officer was being treated at an area hospital.

The police said the suspect knew the person who was shot to death, calling their relationship “domestic in nature.” The police were not identifying either of the two shooting victims until their relatives could be notified.

Police did not say immediately whether the suspect was injured or whether he was in custody.

A Topeka police officer saw the suspect’s car in an east Topeka neighborhood, and the suspect fled. The chase ended after 4 miles in a block of office buildings downtown about two blocks north and a block east of the Kansas Statehouse.

Police did not say how the chase ended, but a car was partly up on a sidewalk, resting against a fire hydrant, its front end damaged.

The Kansas Bureau of Investigation is reviewing the shootout at local law enforcement agencies’ request.