Hoosiers rally late to fend off Hilltoppers 33-30 in OT 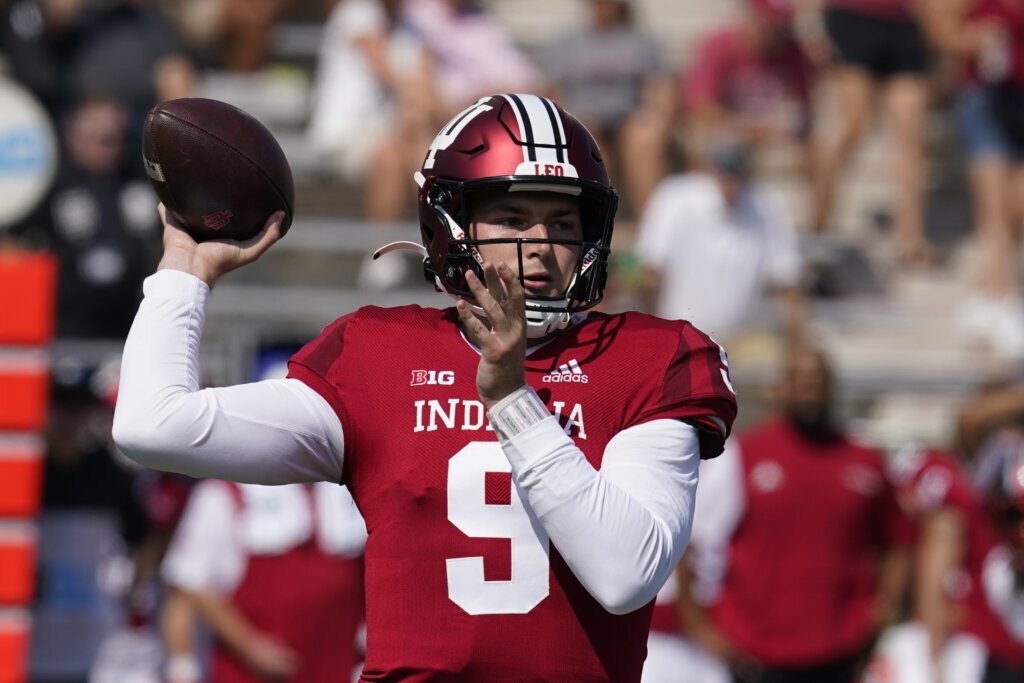 BLOOMINGTON, Ind. (AP) — Connor Bazelak threw a touchdown pass and completed a 2-point conversion pass with 47 seconds left Saturday to force overtime and Charles Campbell made a 51-yard field goal to give the Hoosiers a 33-30 victory over Western Kentucky on Saturday.

The unbeaten Hoosiers have rallied in the second half of all three victories this season and have now surpassed last season’s win total.

But it took everything Indiana could muster late — a 17-point fourth quarter, a late goal-line stand, Western Kentucky’s missed 44-yard field goal as time expired in regulation, and a blocked 39-yard field-goal attempt in overtime before Campbell won it.

Western Kentucky (2-1) has lost all five meetings with Indiana — the last three by a combined total of eight points — and is 0-9 against Big Ten foes since joining the FBS in 2007.

And for most of the game, it looked like those skids would end.

Austin Reed threw two touchdown passes and ran for another Saturday to give the Hilltoppers a 24-13 lead after three quarters. They just failed to close it out.

It was a wacky game even before the late flurry.

Indiana’s starting center, Zach Carpenter, didn’t play after getting hurt in pregame warmups and Western Kentucky nearly lost starting safety Kaleb Oliver on a targeting call on Indiana’s fifth play. The call was overturned on a replay review. Then at the end of the first half, three players ran into the goal post chasing an overthrown ball by Bazelak.

Western Kentucky: The Hilltoppers have been a dangerous team for years and seemingly had their signature victory under coach Tyson Helton. Still, they controlled the tempo and while it wasn’t pretty, bigger things could lie ahead for this Conference USA contender.

Indiana: The Hoosiers are barely 3-0, but they’re not complaining. They again played their best football late. But Indiana needs to figure out how to start faster and close stronger.

Indiana: Makes its first road trip next Saturday at Cincinnati