AN under-10s boys’ football team has been stripped of sponsorship after they were backed by HOOTERS.

The Sun yesterday revealed how Hooters of Nottingham had agreed a season-long deal with local side Burton Joyce FC for their new home strip.

The green kit featured the brand’s iconic owl, Hootie, and the name of the restaurant — which is also a slang word for boobs.

They proudly announced the sponsorship online with pictures of some of the boys and two of their waitresses in official merchandise. 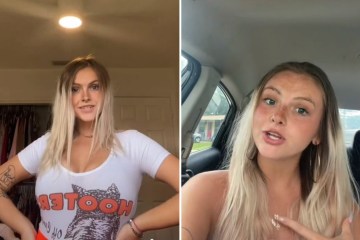 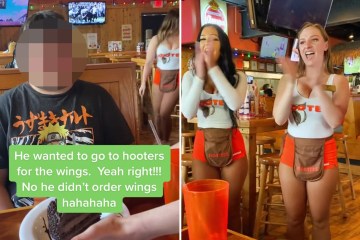 They declared: “Hooters Nottingham are proud to be the new sponsors of Burton Joyce U10s.

“We wish you all the luck this season, boys. Go smash it.” The diner’s bosses had wanted to increase its appeal and foster better links with the community.

But now the FA has slammed the partnership, with the senior safeguarding lead telling the club “they need to cease the sponsorship deal”.

In a statement, Nottinghamshire FA said: “The County FA had not been approached by the club seeking sanction for the sponsorship and had we have been, the request would have been declined in accordance with FA rules appertaining to the Kit and Advertising Regulations.

“From being made aware of the sponsorship we have been working with the club to reinforce their understanding of the regulations surrounding such sponsorship.

“We understand the difficult climate that grassroots football operates within and urge any club seeking investment from sponsorship that they are fully aware of the regulations or contact us for clarification.”

Hooters — a US bar and restaurant chain — is renowned for its attractive waitresses, who wear vest tops and orange shorts.

It has more than 400 diners in 29 countries but only one in the UK, in Nottingham.

The FA forbids the incorporation on any item of clothing of anything it considers “detrimental to the welfare, health or general interest of young persons, or is otherwise considered inappropriate”.

The under-tens — who play in the Young Elizabethan League and were previously sponsored by an electrical firm.

When their new sponsors were revealed some social media users poked fun at the deal. Lee Deewey said: “I’m guessing ALL the dads showed up for this match.”

Paul Renno joked: “Sunday morning just got more exciting — and it’s not for the chicken wings.” DJ Toby Tarrant chipped in: “Look how happy the lads are.”

While Antony Edwards added: “Smiles on their faces, though.”

Burton Joyce were founded in 1990 and now have male and female youth, senior and disability sides.

One person on social media said: “These lads are under ten. I very much doubt they are aware of the sexual attraction of women. Wrong on so many levels.”

“Having one’s arms and legs on display is not inappropriate.”

Another argued: “What’s wrong with them sponsoring the team?

“In the grand scheme of things Hooters is no big deal.”

Hooters, which was founded in 1983, is planning to open two more diners in Britain — in Liverpool and in Salford, Greater Manchester.

The football club and Hooters were contacted for comment.