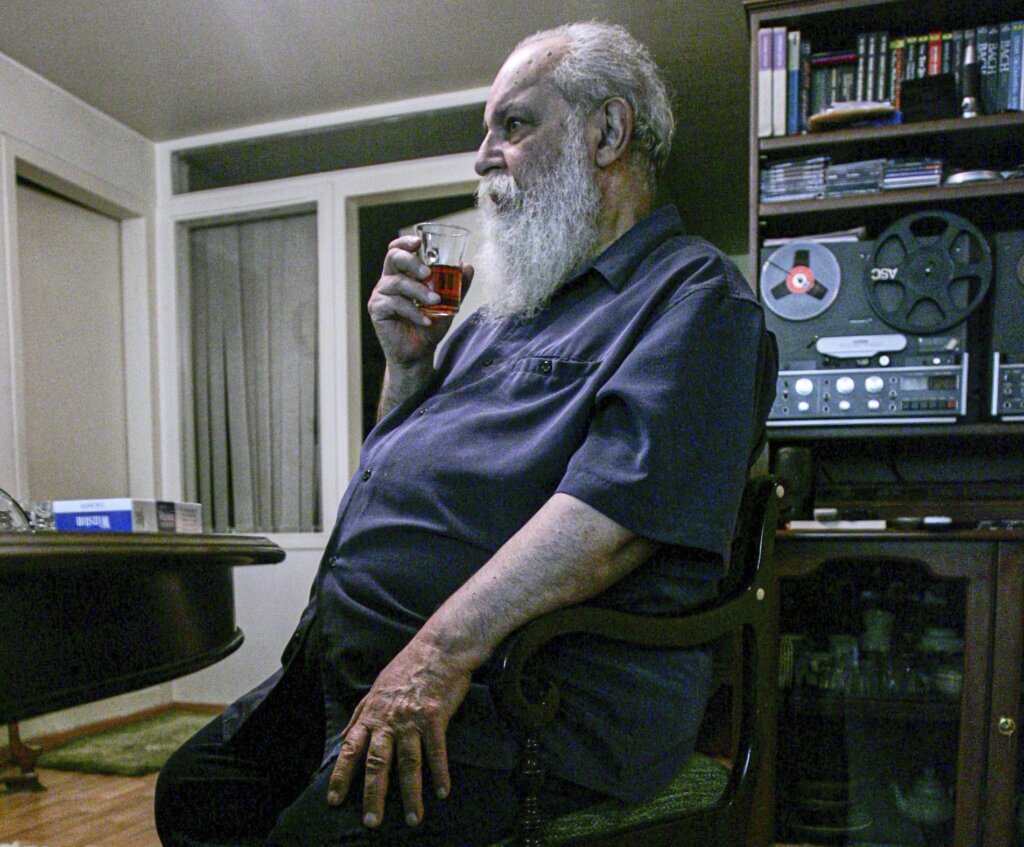 TEHRAN, Iran (AP) — Houshang Ebtehaj, a distinguished Iranian poet whose small but influential body of work made him a…

TEHRAN, Iran (AP) — Houshang Ebtehaj, a distinguished Iranian poet whose small but influential body of work made him a major figure in his own country and in world literature, died on Wednesday in Cologne, Germany. He was 94.

His death was confirmed by his daughter, Yalda Ebtehaj, who said on Instagram that her father, known by his pen name “Sayeh,” or Shadow, had “joined the other world.” In the post, she quoted a verse written by her father in the style of the great mystic poet Rumi: “Roam, roam roam … There are strangers in this home, so you strangely roam.”

The cause of death was kidney failure, according to Iran’s semiofficial media. Ebtehaj had lived in Germany since the late 1980s.

He was born in 1928 in Iran’s city of Rasht, some 240 kilometers (150 miles) northwest of Tehran, the capital. He began writing when he was young and published his first book of poetry when he was just 19. Throughout the 20th century, Ebtehaj contributed to the popularity of the ghazal — a traditional form of Persian poetry set to music that expresses the writer’s feelings, especially about love, with moving intensity.

Suffused with romance and melancholic longing, his body of work was not regarded as overly political. But socialist politics were central to Ebtehaj’s identity. He sympathized with Iran’s Communist Tudeh Party, and paid the price after the the overthrow of Iran’s secular Western-backed monarchy in 1979. During the young Islamic Republic’s crackdown on leftists and liberals after the revolution, Ebtehaj landed in prison for nearly a year.

He was released in 1984, when a well-known Iranian poet appealed to Supreme Leader Ayatollah Ali Khamenei, who was then president, to secure Ebtehaj’s freedom. The poet, Mohammad-Hossein Shahriar, wrote in a letter that Ebtehaj’s detention caused angels to weep on God’s throne.

Ebtehaj became recognized in Iran for his innovative verses that built on the foundations of Rumi and the celebrated 14th-century Persian poet Hafez, combining traditional forms with modern social themes. He was also a musicologist and scholar, lecturing at universities across Europe about his criticism of the mystical lyrical poetry of Hafez. However, the international reach of his poetry remained somewhat limited, with only one collection translated into English.

Condolences poured in from scores of Iranians on Twitter, as well as Iranian cultural institutions and embassies.

Iran’s Embassy in Berlin said it was mourning with “all the lovers of Persian culture and literature in the entire world.”