How much Cristiano Ronaldo, Lionel Messi and other top stars’ car collection costs compare with Man Utd star on £18m

CRISTIANO RONALDO has a car collection worth a staggering £18million.

The Manchester United star owns a fleet including an £8.5m Bugatti and a £1m McLaren Senna.

After his hat-trick against Tottenham in March he even treated himself to a brand new £200,000 Aston Martin DBS Superleggera.

A study by the Bill Plant Driving School reveals that it would have taken Ronaldo 33 hours, 47 minutes and 56 seconds on his £24.96m annual salary to earn the £18,064,666 that his collection is worth.

Lionel Messi’s car fleet is worth even more than Ronaldo’s, but his higher salary would see him pay it off quicker. 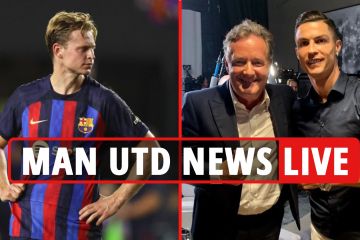 He was also gifted Audi motors as part of their former sponsorship deal with Barcelona.

With Messi’s eyewatering £52m annual salary, he can pay off his total car collection in 27 hours, 17 minutes and 36 seconds of action.

Neymar is next on the list with an £11,790,864 collection including a rare Maserati.

Forwards Karim Benzema and Zlatan Ibrahimovic are next up on the list with collections worth £7,897,900 and £4,555,232 respectively.

Benzema is the proud owner of a Bugatti Chiron while Zlatan posseses a fleet of Ferraris.

Juve star Paul Pogba’s garage includes a Rolls Royce in a collection worth £1.6m – meaning that it would have taken three hours, 21 minutes and 16 seconds of game time to pay for it last season.

Tottenham superstar Son Heung-min likes his cars, and has a collection worth £1.5m including a rare Ferrari LaFerrari to boot.

Rounding off our top 10 is Antoine Griezmann, whose £850k car collection includes a McLaren 675LT and the Ferrari F12.

On the Frenchman’s annual salary of £18,252,000 it takes two hours, one minute and 16 seconds of action to pay for his collection of motors.