Iglesias set for Spain debut vs. Swiss with WCup calling 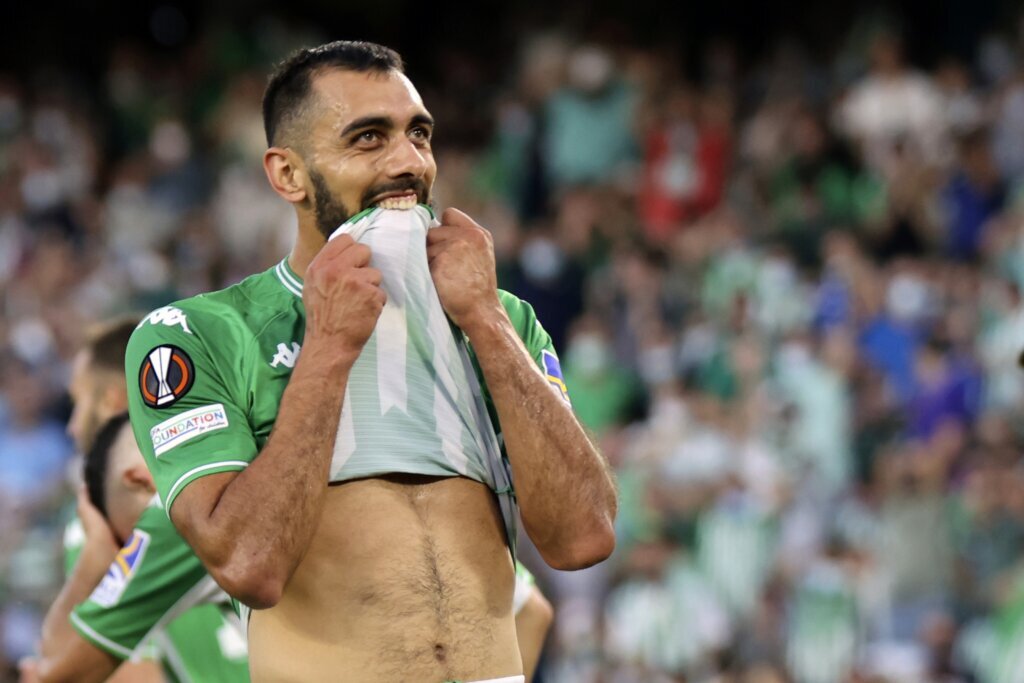 BARCELONA, Spain (AP) — Borja Iglesias has been waiting for this moment for a very long time. The Real Betis…

BARCELONA, Spain (AP) — Borja Iglesias has been waiting for this moment for a very long time.

The Real Betis striker hopes to make his international debut at age 29 when Spain hosts Switzerland in the Nations League on Saturday in Zaragoza.

Iglesias may also get a second game to repay the confidence that coach Luis Enrique placed in him when Spain visits Portugal on Tuesday. That match could be a winner-take-all clash for a ticket to the Final Four tournament of the Nations League.

And if he impresses his coach, Iglesias could then earn a ticket to the World Cup in November.

Not too bad for a striker who did not become a regular first-division player until he was 25 years old when he broke out while at Espanyol before joining Betis in 2019.

Iglesias was critical to Betis ending its 17-year wait for a major title last season when it won the Copa del Rey. His stoppage-time goal in the second leg of the semifinal against Rayo Vallecano put Betis into the final, where Iglesias scored his team’s goal in regular time before Betis bettered Valencia in a penalty shootout.

And he has continued to impress this campaign. His six goals in as many games is only second to Barcelona striker Robert Lewandowski with eight goals in the Spanish league.

Now because of injuries to Gerard Moreno and Mikel Oyarzabal, and Raúl de Tomás’ lack of playing time, Iglesias is eying the chance to play at the World Cup in Qatar.

But first he must help Spain in the Nations League where Spain lost last year’s final to France.

Iglesias said that he is trying not to think of the possibility of going to the World Cup, with Luis Enrique set to make his final decisions on which players he will take after these two Nations League games.

“I want to enjoy this moment, try to help the team and learn. There is a long way still to go before the World Cup and there are lots of players who want to go,” Iglesias said. “I am focusing on the here and now.”

When Luis Enrique included Iglesias on his squad, he said that he liked how the striker clearly enjoyed playing the game.

“I do try to have fun on the field. I am thankful to my coach for saying that he likes that because at certain moments in my career people have not liked it much because they thought I wasn’t taking the game seriously,” Iglesias said. “I have been very fortunate and you have to enjoy life.”

Iglesias, who has the endearing nickname “The Panda,” has proven he can excel both as a sole attacker at defensive Espanyol as well as a free-flowing forward in Manuel Pellegrini’s attack-first Betis.

Spain leads Group A2 in the Nations League with eight points, one more than Portugal, with two games remaining. The Czechs are in third place with four points. Switzerland is last with three.

Spain can clinch the group if it beats Switzerland on Saturday and Portugal loses against the Czech Republic. If not, the Iberian neighbors will decide which team advances as group winner when they meet in Braga on Tuesday.

The four group winners in the top tier advance to the Final Four tournament, scheduled for June 14-18.