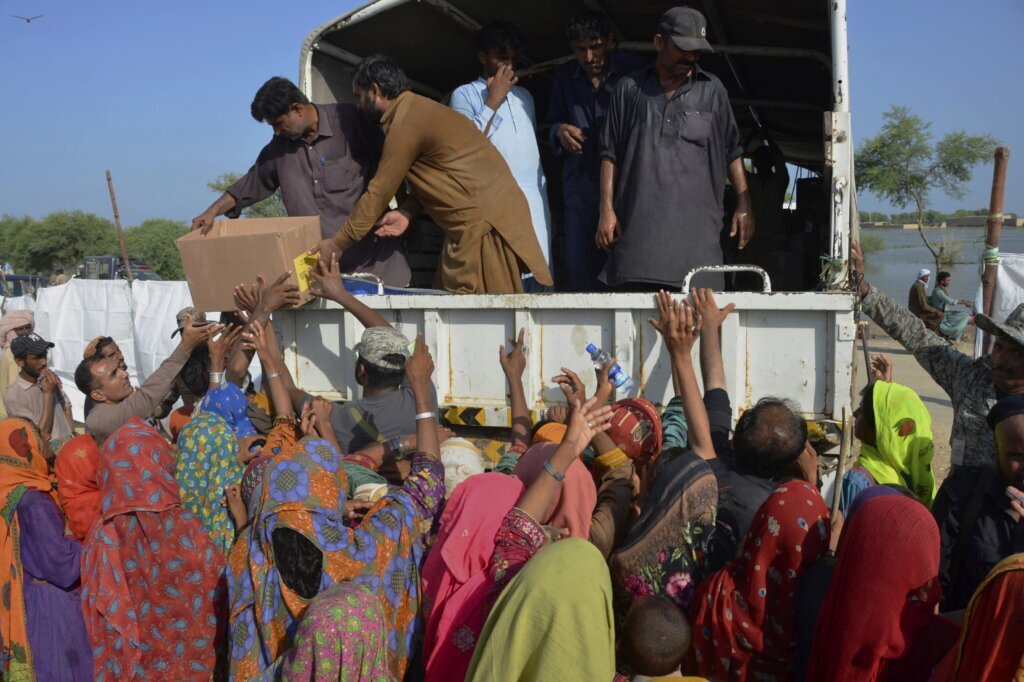 ISLAMABAD (AP) — Pakistan said Monday there have been no fatalities for the past three days from the deadly floods that engulfed the country since mid-June, a hopeful sign that the nation is turning a corner on the disaster.

Since the start of the unprecedented monsoon rains and flooding, 1,545 people have died and thousands more have been injured. The floods have affected 33 million people, leaving hundreds of thousands homeless. Swelling waters have swept away villages, roads and bridges, and at one point inundated a third of Pakistan’s territory.

In the aftermath of the devastation, doctors and medical workers are battling the increase in waterborne diseases and other infections, and struggling to treat the sick and deliver medicines, food supplies and tents to people displaced by the floods.

The National Disaster Management Authority said the waters have now returned to normal levels in all rivers, lakes and reservoirs. Experts have said the flooding was worsened by climate change.

According to the provincial health department in Sindh, the country’s worst-hit province, a total of 68,418 patients were registered there on Sunday. Hundreds of villages in Sindh remain under water. Last week, doctors said they treated 90,000 patients at medical and makeshift camps across the province.

Most of the patients, mainly women and children, suffer from waterborne diseases, skin infections and dengue fever, the Sindh health department said. Among those killed by the floods in Pakistan this summer were 552 children and 315 women.

“I have been in flood-affected areas … the situation for families is beyond bleak, and the stories I heard paint a desperate picture,” said Abdullah Fadil, the UNICEF representative in Pakistan, adding that young mothers were exhausted or ill and unable to breastfeed their babies.

“All of us on the ground see malnourished children, battling diarrhea and malaria, dengue fever, and many with painful skin conditions,” Fadil added. “A lot of the mothers are anemic and malnourished themselves and have very low-weight babies.”

Fadil has said the floods have affected 16 million children. Pakistani authorities have set up more than 13,000 medical camps in flood-hit areas in Sindh.

Pakistani Prime Minister Shahbaz Sharif, who is in New York to attend the gathering of world leaders at the U.N. General Assembly, urged the international community to send more help to flood victims. Sharif is expected to make another appeal for help at the U.N. event.