India bans some single-use plastic as part of broader plan 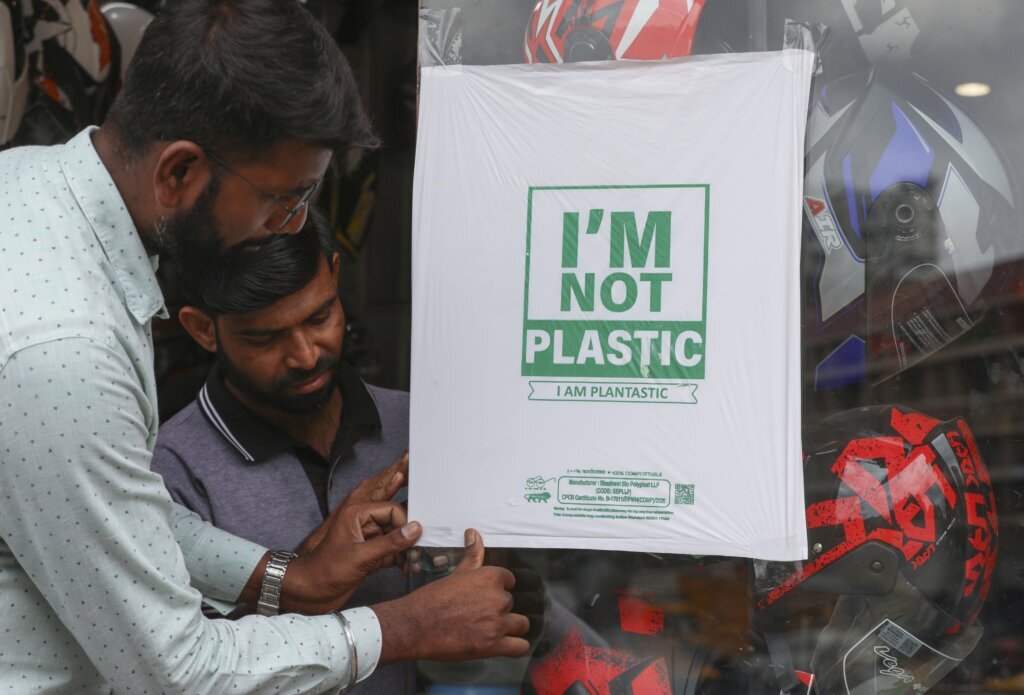 NEW DELHI (AP) — India banned some single-use or disposable plastic products Friday as part of a federal plan to phase out the ubiquitous material in the nation of nearly 1.4 billion people.

For the first stage, it has identified 19 plastic items that aren’t very useful but have a high potential to become litter and makes it illegal to produce, import, stock, distribute or sell them. These items range from plastic cups and straws to ice cream sticks. Some disposable plastic bags will also be phased out and replaced with thicker ones.

Thousands of other plastic products — like bottles for water or soda or bags of chips — aren’t covered by the ban. But the federal government has set targets for manufacturers to be responsible for recycling or disposing of them after their use.

Plastic manufacturers had appealed to the government to delay the ban, citing inflation and potential job losses. But India’s federal environment minister Bhupender Yadav said at a press briefing in New Delhi that the ban had been in the pipeline for a year.

This isn’t the first time that India has considered a plastic ban. But previous iterations have focused on specific regions, resulting in varying degrees of success. A nationwide ban that includes not just the use of plastic, but also its production or importation was a “definite boost,” said Satyarupa Shekhar, the Asia-Pacific coordinator of the advocacy group Break Free from Plastic.

Most plastic isn’t recycled globally and millions of tons pollute the world’s oceans, impact wildlife and turn up in drinking water. Scientists are still trying to assess the risks posed by the tiny bits of broken-down plastic, known as microplastics. In 2020, over 4.1 million metric tons (4.5 million U.S. tons) of plastic waste was generated in India, according to its federal pollution watchdog.

The creaky waste management system in the country’s burgeoning cities and villages means that much of this waste isn’t recycled and ends up polluting the environment. Nearly 13 million metric tons (14 million U.S. tons) of plastic waste was either littered or not recycled by the South Asian nation in 2019 — the highest in the world, according to Our World in Data.

“Given the magnitude of the plastic crisis, this is too little. And it’s too little both in its scope as well as the coverage,” said Shekhar.

Ravi Agarwal, the director of Toxics Link, a New Delhi-based advocacy group that focuses on waste management, added that the ban was “a good beginning,” but its success will depend on how well it is implemented. The actual enforcement of the law will be in the hands of individual states and city municipal bodies.

India said that the banned items were identified while keeping in mind the availability of alternatives: bamboo spoons, plantain trays, wooden ice-cream sticks. But in the days leading up to the ban, many vendors said that they were confused.

Moti Rahman, 40, is a vegetable vendor in New Delhi. Customers at his cart carefully picked out fresh summer produce Tuesday before he tipped them into a plastic bag. Rahman said that he agrees with the ban, but added that if plastic bags are stopped without a readily available and equally cost-effective replacement, his business will be impacted.

“After all, plastic is used in everything,” he said.