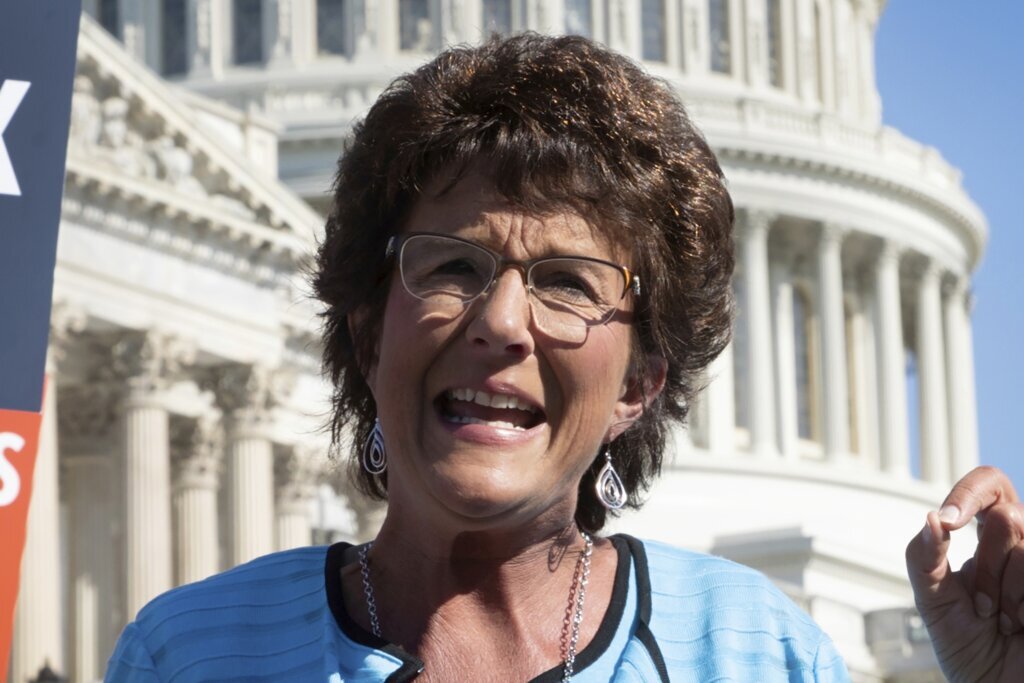 Republican U.S. Rep. Jackie Walorski was killed Wednesday in a car accident in her northern Indiana District, according to her office.

WASHINGTON (AP) — Republican U.S. Rep. Jackie Walorski was killed Wednesday in a car accident in her northern Indiana District, according to her office.

“Jackie’s husband, was just informed by the Elkhart County Sheriff’s office that Jackie was killed in a car accident this afternoon. She has returned home to be with her Lord and Savior, Jesus Christ. Please keep her family in your thoughts and prayers. We will have no further comment at this time,” her office said in a statement.

The Elkhart County Sheriff’s Office said they were called to the scene of a two-vehicle crash shortly after noon. Police said a car traveled left of the center lane and collided head-on with an SUV Walorski was riding in, killing Walorski, 58, and two others in the vehicle.

A 55-year-old woman driving the other car was also killed in the crash, police said.

Walorski, who served on the House Ways and Means Committee, was first elected to represent Indiana’s 2nd Congressional District in 2012. She previously served three terms in the state’s legislature.

Walorski, was born in South Bend and lived near Elkhart, Indiana. She and her husband were previously missionaries in Romania, where they established a foundation that provided food and medical supplies to impoverished children. She worked as a television news reporter in South Bend before her turn to politics.

Who is Mikel Arteta’s wife Lorena Bernal? All you need to know about the Miss World candidate and Argentine TV presenter