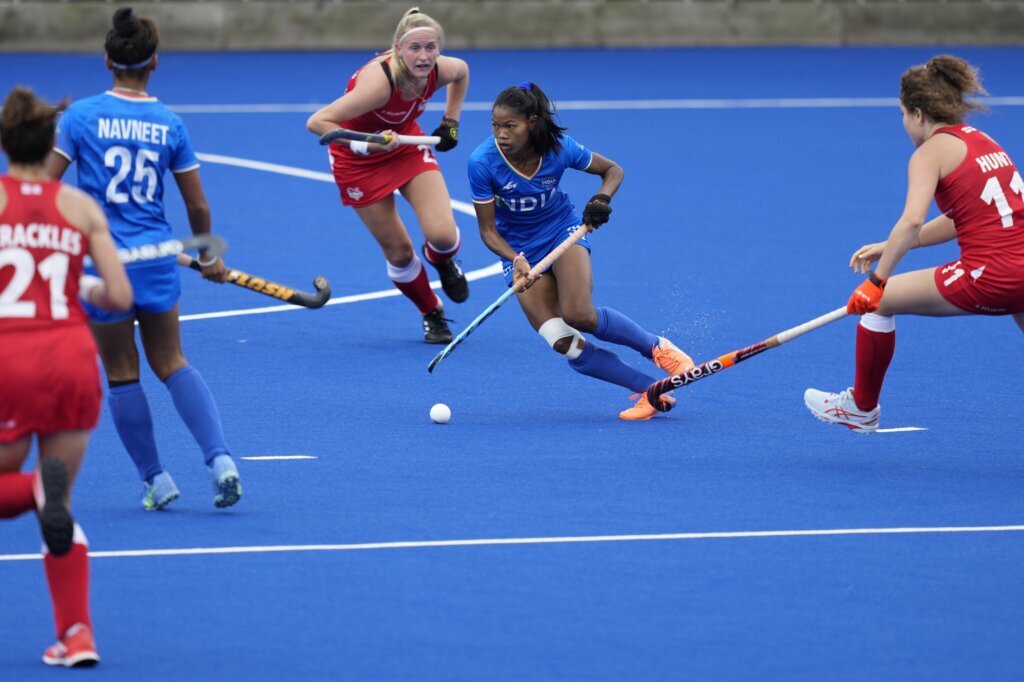 In what was effectively a must-win match for both nations given their earlier pool results, India scored the winning goal with nine minutes remaining when Lalremsiami Hmarzote converted an opportunity moments after her team was awarded a penalty corner.

The win puts India into a semifinal against Australia on Friday.

Kaur Navneet and Salima Tete scored early goals for India but Canada worked its way back into the game with goals from Hannah Haughn and Brienne Stairs.

“We kept fighting until the last minute, and the last second, and that paid off with a goal,” India captain Savita Punia said. “After the Olympics we improved a lot in our attacking hockey, and we are in their circle a lot, and we got good penetration today.”

Weightlifter Junior Periclex Ngadja Nyabeyeu was in tears after claiming Cameroon’s first gold medal of these games in the men’s 109-kilogram division with a tally of 361 kilos (796 lbs).

“It’s big, very big for me, for my family. I was crying because it was too much for me, too much to take in,” he said.

New Zealand’s Sam Gaze managed to defend the gold medal he won on Australia’s Gold Coast in mountain biking in 2018 with a convincing victory at Cannock Chase Forest.

The 26-year-old Gaze, who defeated compatriot Ben Oliver by 31 seconds, was the big favorite after fellow New Zealander Anton Cooper was forced to withdraw after contracting COVID-19.

Namibia’s Alexander Miller made strong ground late in the race to grab the bronze medal, though he finished more than two minutes behind Gaze.