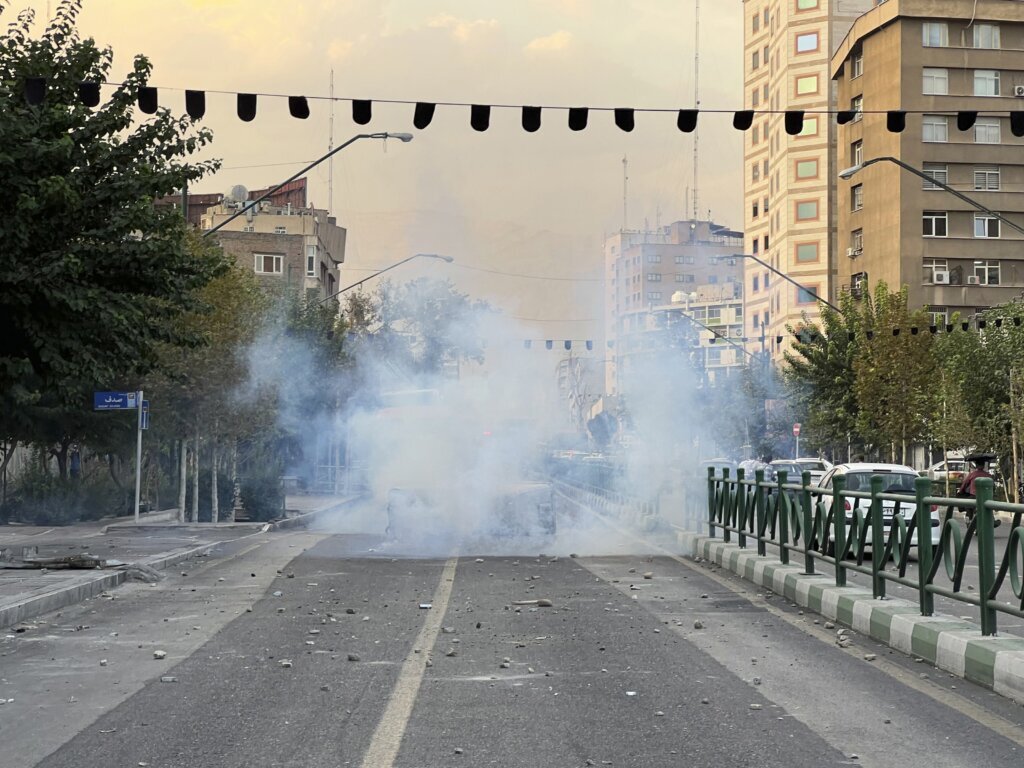 DUBAI, United Arab Emirates (AP) — The website of Iran’s Central Bank was briefly taken down on Wednesday as the…

DUBAI, United Arab Emirates (AP) — The website of Iran’s Central Bank was briefly taken down on Wednesday as the Anonymous hacking group claimed it had targeted the websites of several Iranian state agencies.

The apparent cyberattack came amid days of protests over the death of a woman who was detained by the country’s morality police for allegedly wearing her Islamic headscarf too loosely. It also came hours before Iran’s President Ebrahim Raisi was to address the United Nations General Assembly.

Central Bank spokesman Mostafa Qamarivafa denied that the bank itself was hacked, saying only that the website was “inaccessible” because of an attack on a server that hosts it, in remarks carried by the official IRNA news agency. The website was later restored.

The Culture Ministry’s website was also unavailable as of Wednesday afternoon.

The shadowy Anonymous group said it hacked other Iranian state agencies, including state TV and the office of the presidential spokesman.

Iran has been the target of several cyberattacks in recent years.

In February, dissident hackers put up an anti-government message on a website that streams state television programming. Last year, an online group released video footage from inside Iran’s notorious Evin prison that it claimed to have acquired through hacking.

Later that year, a cyberattack crippled gas stations across the country, creating long lines of angry motorists unable to get subsidized fuel for days. Messages accompanying the attack appeared to refer to Iran’s Supreme Leader Ayatollah Ali Khamenei. Other attacks, which Iran has blamed on Israel, have targeted its nuclear program and industrial sites.

Iranians have been protesting for days over the death of Mahsa Amini, a 22-year-old who was arrested by the morality police last week. The police say she died of a heart attack and was not mistreated, but her family has cast doubt on that account, saying she had no previous heart issues and that they were prevented from seeing her body.

The U.N. human rights office says the morality police have stepped up operations in recent months and resorted to more violent methods, including slapping women, beating them with batons and shoving them into police vehicles.

Amini’s funeral on Saturday sparked protests in the western Kurdish region, where she was from, which eventually spread across country and reached the capital, Tehran. The protesters have clashed with police and chanted against the Islamic Republic itself.

Raisi, who is due to speak at the U.N. General Assembly later on Wednesday, has called for an investigation into Amini’s death. Iranian officials have blamed the protests on unnamed foreign countries that they say are trying to foment unrest.

Iran has seen waves of protests in recent years, mainly over a long-running economic crisis exacerbated by Western sanctions linked to its nuclear program.

The Biden administration and European allies have been working to revive the 2015 Iran nuclear accord, in which Iran curbed its nuclear activities in exchange for sanctions relief, but the talks have been deadlocked for months.

Iran insists its nuclear program is for peaceful purposes. It began ramping up its nuclear activities after then-President Donald Trump unilaterally withdrew from the 2015 agreement, and experts say it now likely has enough highly-enriched uranium to make a bomb if it chooses to do so.

Recession unlikely to hit India due to ‘not so coupled’ nature with global economy: S&P