Is Newcastle vs Crystal Palace on TV? Team news and kick-off time for Premier League clash

NEWCASTLE face Crystal Palace in their next Premier League clash this weekend.

The Magpies lost 2-1 at the death against Liverpool on Wednesday night despite new signing Alexander Isak scoring on his debut.

Eddie Howe’s men will be out to pick up a bounce back victory against Palace, who drew 1-1 with Brentford on Tuesday.

And Isak will be hopeful he can put in another strong performance in front of the Magpies faithful in his home debut. 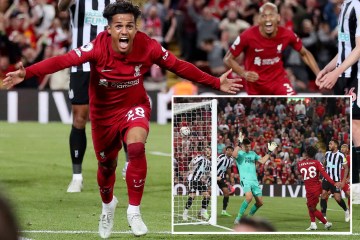 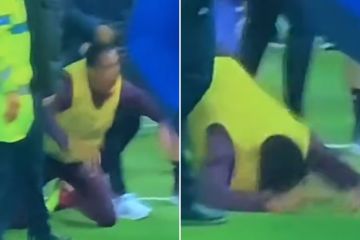 What time does Newcastle vs Crystal Palace kick off?

Is it on TV and can it be live streamed?

Newcastle are still without Emil Krafth for the long term and they’re set to continue without Callum Wilson due to a thigh injury.

Allan Saint-Maximin is also out with a hamstring problem, but Bruno Guimaraes could make a return.

Odsonne Edouard could regain his starting place in favour of Jean-Philippe Mateta.

*Odds courtesy of Betfair and correct at time of publication.