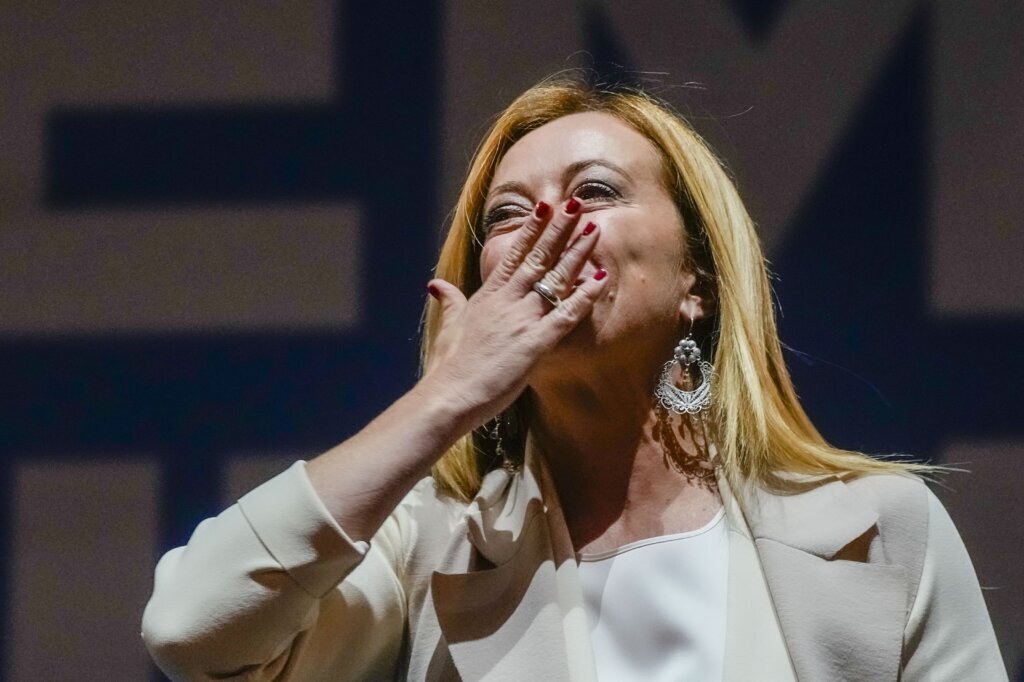 ROME (AP) — Italians were voting on Sunday in an election that could move the country’s politics sharply toward the right during a critical time for Europe, with war in Ukraine fueling skyrocketing energy bills and testing the West’s resolve to stand united against Russian aggression.

Polls opened at 7 a.m. (0500GMT). The counting of paper ballots was expected to begin shortly after they close at 11 p.m. (2100 GMT), with projections based on partial results coming early Monday morning.

Before publication of opinion polls were banned 15 days ago, far-right leader Giorgia Meloni and her Brothers of Italy party, with its neo-fascist roots, led in popularity, suggesting Italians were poised to vote their first far-right government into power since World War II. Close behind was former Premier Enrico Letta and his center-left Democratic Party.

Meloni is part of a right-wing alliance with anti-migrant League leader Matteo Salvini and Silvio Berlusconi, the three-time premier who heads the Forza Italia party he created three decades ago. Italy’s complex electoral law rewards campaign coalitions, meaning the Democrats are disadvantaged since they failed to secure a similarly broad alliance with left-leaning populists and centrists.

If Meloni becomes premier, she will be the first woman in Italy to hold the office. But assembling a viable, ruling coalition could take weeks.

But pollsters predicted turnout could be even lower than the record-setting low of 73% in the last general election in 2018. They say despite Europe’s many crises, many voters feel alienated from politics, since Italy has had three coalition governments since the last election — each led by someone who hadn’t run for office.

Opinion polls found Draghi, a former European Central Bank chief, hugely popular. But the three populist parties in the coalition boycotted a confidence vote tied to an energy relief measure. Their leaders, Salvini, Berlusconi and 5-Star Movement leader Giuseppe Conte, a former premier whose party is the largest in the outgoing Parliament, saw Meloni’s popularity growing while theirs slipped.

Meloni kept her Brothers of Italy in the opposition, refusing to join Draghi’s unity government or Conte’s two coalitions that governed after the 2018 vote.

She further distanced herself from Salvini and Berlusconi with unflagging support for Ukraine, including sending weapons so Kyiv could defend itself against Russia. Her nationalist party champions sovereignty.