It’s Banchero to Orlando: Magic grab Duke standout at No. 1 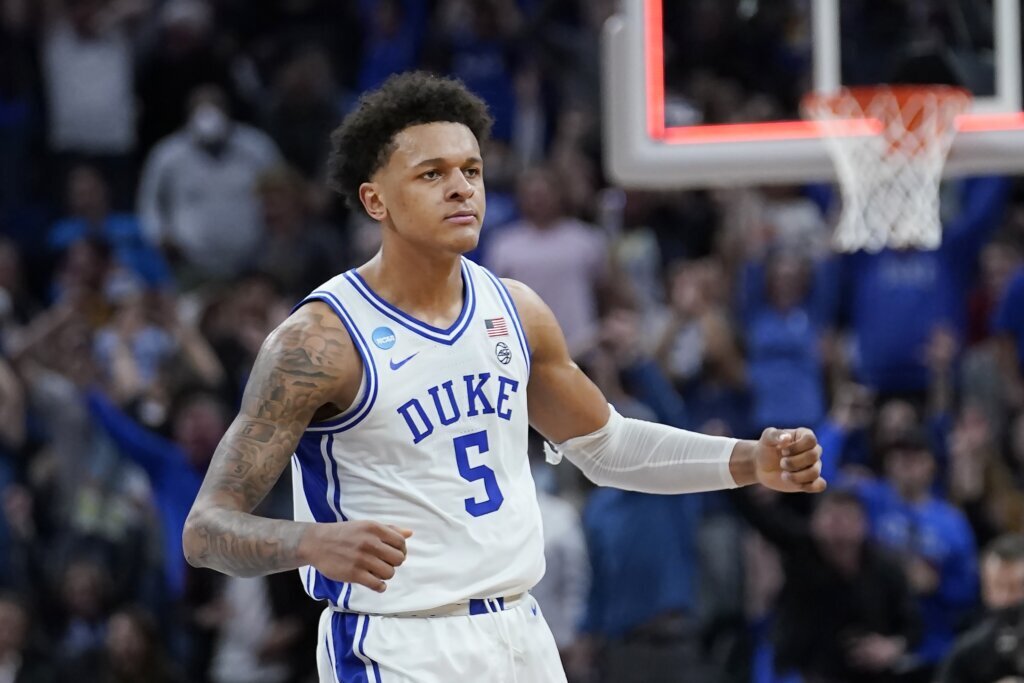 The first pick in Thursday’s draft brought the first mild surprise, when the Magic chose the Duke forward with the No. 1 selection — after weeks of speculation that Auburn’s Jabari Smith Jr. or Gonzaga’s Chet Holmgren might be the ones atop Orlando’s list.

ORLANDO, Fla. (AP) — Paolo Banchero has been insisting for weeks that he believes he’s the best prospect in the NBA draft.

The Orlando Magic agree with him.

The first pick in Thursday’s draft brought the first mild surprise, when the Magic chose the Duke forward with the No. 1 selection — after weeks of speculation that Auburn’s Jabari Smith Jr. or Gonzaga’s Chet Holmgren might be the ones atop Orlando’s list.

Believe it. The Magic are betting a big part of their future on the 19-year-old.

Banchero averaged 17.2 points in his lone college season, along with 7.8 rebounds and was a third-team Associated Press All-American. There were roars from the crowd at Amway Center — Banchero’s new home court — when NBA Commissioner Adam Silver announced just past 8 p.m. that the Magic were on the clock.

It didn’t take long for the Magic to send in the official word. Banchero is heading to Orlando, with plans for his official welcome at his new home on Friday.

Silver is a Duke grad. And as is tradition for the commissioner, he gave Banchero a handshake and warm embrace after the new No. 1 pick put on a Magic hat and took the stage for his big moment.

Banchero joins a young core in Orlando that already includes 2017 top overall pick Markelle Fultz, a pair of top-eight picks from the 2021 draft in Franz Wagner and Jalen Suggs, and Cole Anthony — the No. 15 pick in 2020.

Orlando also has the No. 6 picks from the 2017 and 2018 draft, Jonathan Isaac and Mo Bamba. It’s possible that when next season starts Orlando could have as many as six lottery picks, nine top-16 selections and 12 first-rounders on its roster.

This was the fourth time that Orlando made the No. 1 selection. If history holds true, Banchero is going to have a long career in this league.

The Magic took Shaquille O’Neal with the top selection in 1992. Chris Webber was the No. 1 pick by Orlando in 1993, and he got traded that same night for Penny Hardaway and a package of future picks that eventually led to Vince Carter and Mike Miller. And in 2004, the Magic selected Dwight Howard with the first pick.

Miller has his fingerprints on this pick as well: He’s been working with Banchero in recent weeks, getting him ready for the NBA grind.

Now, it’s Banchero’s turn to be the prized rookie, after Orlando decided to choose him over the two other highly touted candidates for the No. 1 pick — Smith and Holmgren.

Banchero also became the 13th consecutive player to get drafted No. 1 overall after just one year of college.