It’s Prime time in Mississippi, with dose of Kiffin, Leach 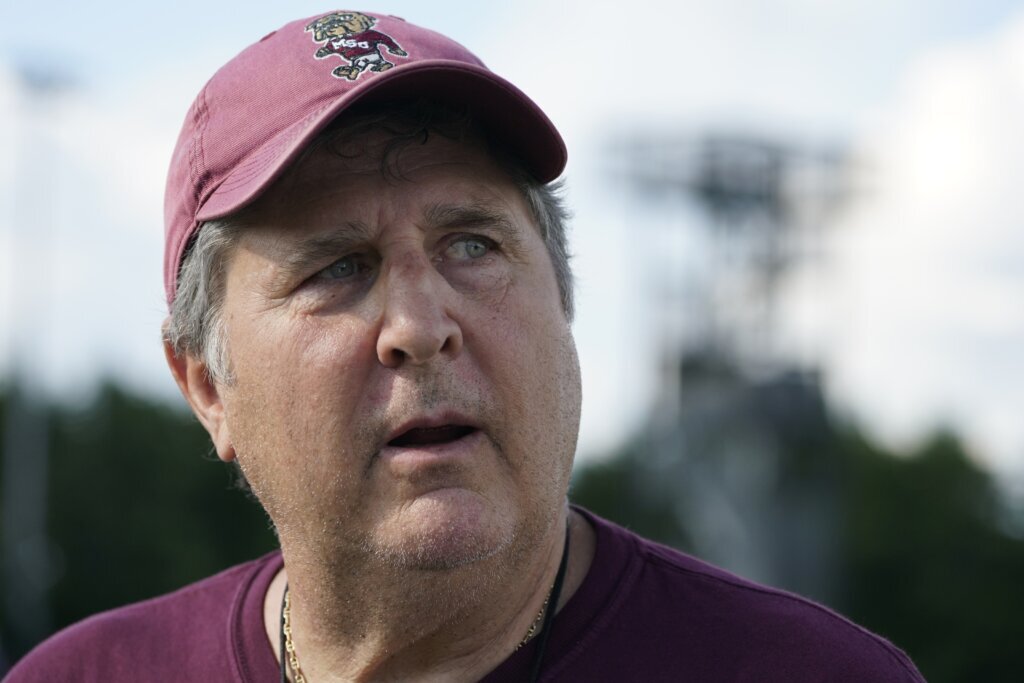 Mississippi’s Big Three are anything but boring. Deion Sanders, Lane Kiffin and Mike Leach are big-name coaches who aren’t shy…

Mississippi’s Big Three are anything but boring.

Deion Sanders, Lane Kiffin and Mike Leach are big-name coaches who aren’t shy to voice their opinions. And all three have enjoyed success on the sidelines.

It’s interesting times for fans of all three programs.

Sanders wants his team to dominate the Southwestern Athletic Conference while snaring recruits away from Power Five programs. Kiffin’s Rebels are coming off the program’s first 10-win regular season. Leach’s offense is putting up some of the most prolific passing numbers in Southeastern Conference history and he may have his best team yet in Starkville.

“I think they can all win at different levels,” said Bo Bounds, who hosts a sports radio show on ESPN 105.9 based in Jackson. “But man, look, the fact that they’re outspoken and will jump into different things when so much of coachspeak today is boring and like watching paint dry…

“These guys are fun, they’re smart, they’re bright and they’ll kick it around with the media.”

They’re bringing plenty of attention to college football in a state that borders Alabama (and Nick Saban’s championship factory) and Louisiana, where LSU lured Brian Kelly from Notre Dame.

“I would say there’s three personalities in the state that are very unique and extremely different from each other,” Kiffin said.

Now, the coaches are perhaps the biggest draws. Especially Sanders, who is bringing in impressive talent and record crowds and serving as a prominent voice for HBCUs and the SWAC.

“Something’s wrong with a plant that doesn’t grow, isn’t it?” Sanders said. “So everything should grow. Everything should progress. And that’s my dream and my wish for the SWAC.”

Hired in September 2020, the Hall of Famer known as Prime Time led the Tigers to an 11-2 record last season and their first SWAC title since 2007. They set an FCS record in drawing more than 42,000 fans per home game.

It was a marked turnaround for a program that has claimed 17 SWAC championships and four black college national titles. Jackson State’s three previous coaches since 2014 had failed to win more than 40% of their games.

Texas Southern coach Clarence McKinney thinks this has all been good for the league as a whole.

It showed in some recruiting and transfer coups, most notably when two-way player Travis Hunter, the nation’s top recruit, headed to Jackson.

Leach and Kiffin face more uphill battles competing in the loaded SEC Western Division. But both have installed potent offenses, and Kiffin nabbed the nation’s second-best group of transfers, according to 247Sports.

All three have taken on hot-button issues, including the name, image and likeness compensation rules and shone a flair for clever quips.

Kiffin, who wondered aloud if Texas A&M should have to pay a luxury tax after landing the No. 1 class, later said this about NIL: “I said, Day One, you legalize cheating, so get ready for the people that have the most money to get players. Now you have it. It is what it is.”

Kiffin is also active on social media, amassing more than 560,000 Twitter followers. Even an account named after his English lab, Juice, tops 21,000.

Sanders recently made another splash when he hired former Minnesota Vikings coach Mike Zimmer as an analyst. He has been vocal on everything from the quality of Pro Football Hall of Fame inductees to exposing more HBCU players to the NFL.

Sanders pulled no punches on what conference realignment is really about: money. “You call it realignment. You can really call it chasing the bag,” he told ESPN. “That’s all they’re doing, they’re chasing the bag.”

Leach is a two-time national coach of the year whose teams have led the nation in passing in half of his 20 seasons. Mississippi State announced his hiring with a social media video of the now-61-year-old bellyflopping into a pool.

The coach, who has a law degree from Pepperdine, colorfully referenced cartoons in talking about his offense.

“There’s not a lot of Roadrunner/Wile E. Coyote, who you ambush, fool the other guy, then you walk away laughing like Muttley after the rock fell on the guy or something like that,” Leach said. “It’s always been a game of execution. It doesn’t matter what you do schematically, you have to execute well.”

So far all three coaches are executing well enough.