RED BULL chief Christian Horner has revealed he knows how to get under Mercedes counterpart Toto Wolff’s skin while discussing their bitter rivalry.

The pair have been at odds over the past few seasons as the feud between their respective sides intensified.

Horner and Wolff locked horns once again when Verstappen controversially snatched the title from Hamilton in Abu Dhabi.

This season’s been no different with Horner repeatedly taking cheeky swipes at Wolff.

Horner claimed Wolff inherited his Mercedes empire, which was brushed off by the Austrian. 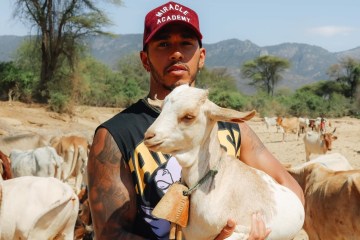 And Wolff reportedly lost his rag with Horner in a separate row over car issues.

But Horner insists their beef isn’t personal, although he claims Wolff’s easily wound up.

He said, speaking to Sky Sports: “It’s not personal in any way!.

“Toto is Toto. He’s done a phenomenal job with Mercedes. He’s obviously come into the sport from a very different background to me, he’s very much from a financial background.

“And it’s very easy to pull his chain, and you can see it. Sometimes it affects him. So of course, when you’re competing, and last year was so intense and of course it was the first time he’d ever been in that situation, it’s always interesting to see how people react.

“And when they’re smashing headphones and so on, you can see that you got to them.”

Rakesh Jhunjhunwala’s last rites to be performed today at 5:30 pm in Mumbai