BRITISH boxer Joe Cordina has been stripped of his world title after pulling out of a mandatory fight due to injury.

The 30-year-old won the IBF super-featherweight title in June when he secured a knockout win over Kenichi Ogawa.

And he was due to defend his belt versus Shavkat Rakhimov on November 5.

However he has withdrawn from the bout because of a hand injury and he will no longer be the title holder.

Cordina responded to the news on social media saying “absolutely gutted” alongside a facepalm emoji.

He continued: “Worked my whole life to become a world champion and I haven’t even had the chance to defend the title. 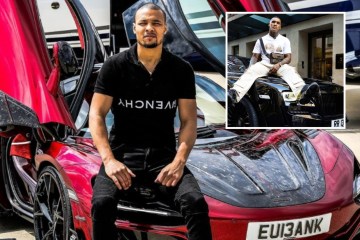 The tweet had a photo attached showing a nasty scar on his hand from where he has undergone surgery.

He has reportedly been stripped of the title because he could be out of action until March but the decision has left Cordina fans fuming.

Cordina has a 15-0 record with nine victories coming via knockouts.

The Welshman rose to fame winning a bronze medal at the 2014 Commonwealth Games as an amateur.

He then went further winning gold at the 2015 European Championships and he went on to represent Team GB in the 2016 Olympics.