JACK GREALISH reunited with his best mate for a night out earlier this week – and wore a floral Gucci shirt for the occasion.

The Manchester City and England international, 27, let his hair down before the return of Premier League football this weekend.

The champions are set to take on Man Utd in the Manchester derby at the Etihad on Sunday.

But Grealish took the time to go for a drink with his long-time friend Ollie Priestley – who he was buddies with as a young teenager.

He shared an image with his pal along with the caption: “Me ol muckaaaa 💙.”

Grealish sported the Gucci shirt just months after becoming a model for the clothing company. 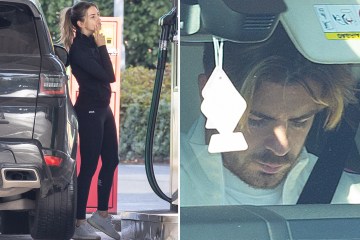 He signed a £1million deal with the Italian fashion giants back in April.

The agreement added a substantial amount to his income – which already included a £230,000-a-week contract from Man City.

Meanwhile, Grealish was seen behind the wheel of a car for the first time in more than a year on Friday as he reported for training.

The ex-Aston Villa star was banned from driving and fined after crashing his Range Rover in 2020.

He had been getting taken to training by girlfriend Sasha Attwood.

But two days before the Manchester derby, Grealish, who has scored one goal in six matches for City so far this season, was seen back in the driver’s seat of his own car.

One thing he won’t be happy with, though, is EA’s depiction of him on FIFA 23.

Football fans were left in hysterics at his character on the game after it was released earlier this week.

From being a consumer of tech, India to play role in developing it: PM Modi