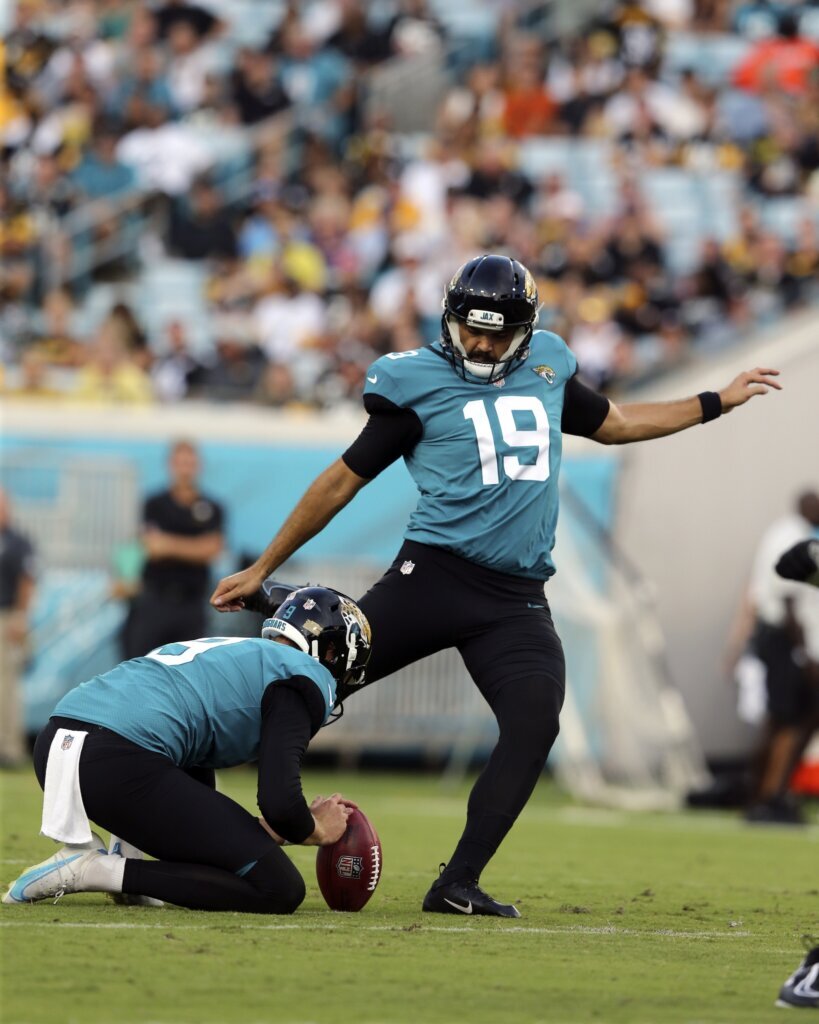 The Jaguars, who previously cut Andrew Mevis and Elliott Fry, are expected to be awarded former Los Angeles Chargers kicker James McCourt off waivers later Tuesday. He was waived Monday, and the Jags have the top spot in the claiming process.

McCourt would join Jacksonville for two days of joint practices in Atlanta before the team concludes the preseason Saturday against the Falcons.

McCourt, who was born in Ireland, set an Illinois record by making eight field goals of 50 yards or longer in three years as the team’s kicker. Santoso missed three of four attempts from beyond 50 yards in three exhibition games and was shaky from long distance in training camp.

Jacksonville also re-signed quarterback Jake Luton a week after waiving him. E.J. Perry had replaced Luton as the team’s third-string quarterback. Luton and Perry are expected to get the bulk of the work in the preseason finale.