Japan protests to Russia over military exercises with China 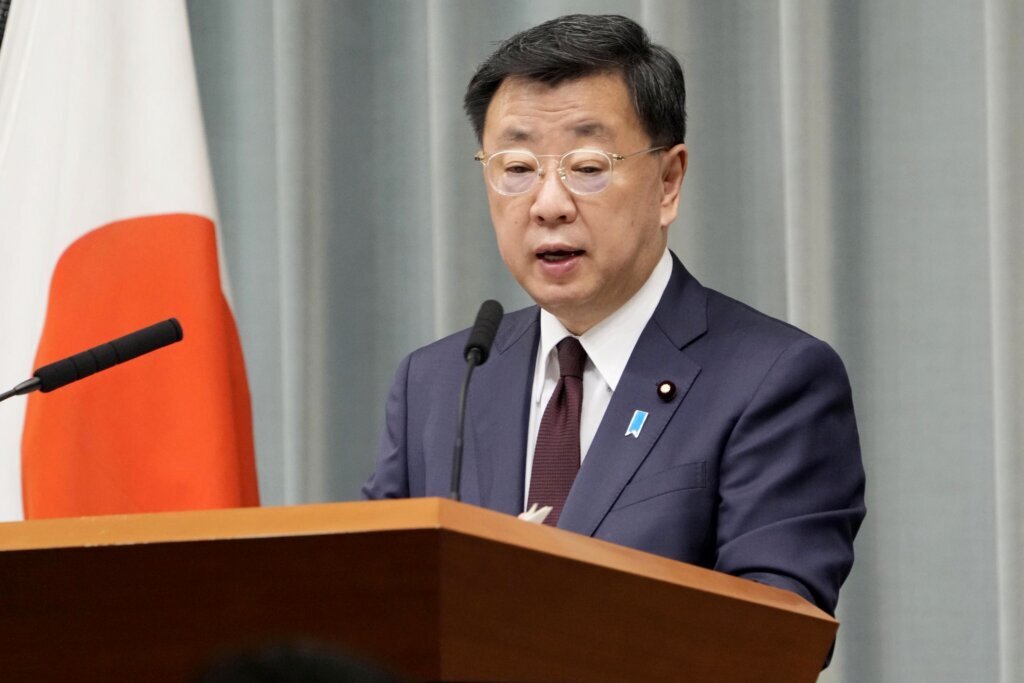 TOKYO (AP) — Japan has protested to Russia over multinational military exercises including China that it is conducting on Russian-held islands claimed by Japan, and is seriously concerned about shooting drills by the two countries’ warships off Japan’s northern coast, an official said Monday.

Beijing has been increasing its military cooperation with Moscow, and has been taking part in the multinational “Vostok 2020” drills in Russia’s far east since late August.

Japanese Chief Cabinet Secretary Hirokazu Matsuno criticized the exercises on the disputed islands, which Japan calls the Northern Territories, in the Kuril chain off Japan’s northernmost main island of Hokkaido. He said Japan’s Defense Ministry spotted six Russian and Chinese warships firing machine guns into the Sea of Japan about 190 kilometers (118 miles) west of Cape Kamui on Hokkaido on Saturday.

“Japan will continue to monitor the movements of these ships with serious concern, and will take all possible measures to conduct warning and surveillance activities in the waters surrounding Japan,” Matsuno said at a news conference.

China’s Ministry of National Defense said in a statement Sunday that China participated in air, ground and naval exercises as part of the exercises. It said a Chinese naval tactical team conducted joint exercises with Russia in the Sea of Japan, including one designed to destroy drifting mines.

Japan has raised concern about growing tensions in Asia following Russia’s invasion of Ukraine, fearing that the war is emboldening China’s already assertive military activities in East Asia, especially around Taiwan, which China claims. Japan is currently revising its national security strategy and defense guidelines to significantly bolster its military capabilities to reinforce its deterrence.

After the joint firing exercise, the warships, including a Chinese guided missile destroyer, a frigate and a supply ship and three Russian frigates, crossed the Soya Strait between the Japanese islands of Honshu and Hokkaido. The Chinese warships had crossed Tsushima Strait in southwestern Japan on Aug. 29, the ministry said.

Japan has repeatedly sought to regain sovereignty over the disputed islands, which Moscow seized in the closing days of World War II. The dispute has prevented the two countries from signing a peace treaty formally ending their World War II hostilities. Russia earlier this year announced it has suspended peace talks with Japan to protest Tokyo’s sanctions against Moscow over its war in Ukraine.

Matt Chapman: We all thought Baaeed was the best… but is the monstrous Flightline somehow even better?