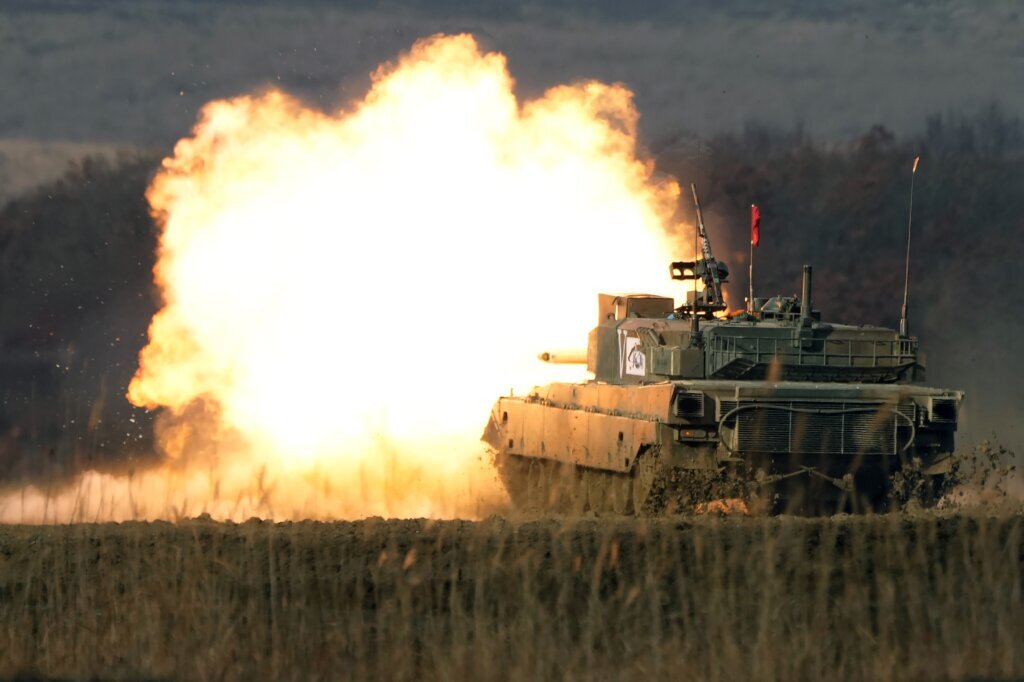 TOKYO (AP) — Japan’s Defense Ministry made a budget request for the coming year Wednesday without specifying the costs of missiles for preemptive strikes and dozens of other weapons as well as its development plans, as the government aims to drastically raise Japan’s military capability.

The ministry said it can disclose details only after the government in December adopts a new national security strategy and defense guidelines. They are being revised to fundamentally strengthen Japan’s military over the next five years.

Prime Minister Fumio Kishida promised the military reinforcement to President Joe Biden during his visit to Japan in May as the two countries strengthen their security alliance amid China’s increasing activity in the region. Japan has been also expanding its military cooperation with friendly nations in the Asia-Pacific region and Europe.

The final budget bill, expected in late December, will still have to be approved by parliament before the new fiscal year begins in April.

“As we fundamentally strengthen our defense power within the next five years, we need to secure a budget adequate for the first year,” Defense Minister Yasukazu Hamada told a meeting approving the budget request.

Japan caps annual defense spending at around 1% of its GDP, but Kishida’s governing party proposes doubling it in coming years, citing NATO’s standard of 2% of GDP.

That means Japan’s annual defense spending would rise to about 10 trillion yen ($72 billion), becoming the world’s third-largest after the United States and China.

Ministry officials said aggression like Russia’s invasion of Ukraine could occur in the Indo-Pacific region, as Beijing strengthens its military cooperation with Moscow and escalates tension over Taiwan.

While the public’s support for a stronger military has grown amid Russia’s invasion of Ukraine, critics say the opaque request that doesn’t set a ceiling is a bad precedent. They also question if the increase is realistic and say that the government’s plan lacks clarity over how it can fund the spending in a country with an aging and shrinking population.

Japan is upgrading missiles and considering using them for preemptive strikes — a move critics say would fundamentally change Japan’s defense policy and breach the postwar pacifist constitution that limits use of force to self-defense.

The ministry requested an undisclosed amount to improve and mass produce an upgraded Type 12 surface-to-ship guided missile to extend its range for use in “standoff” strikes on enemy targets from destroyers and fighter jets.

It plans to buy two kinds of foreign-developed standoff missiles to be launched from warplanes — a 500-kilometer- (310-mile-) range Joint Strike Missile from Norway for F-35A fighters, and Lockheed Martin’s Joint Air-to-Surface Standoff Missile with a range of about 900 kilometers (560 miles),for upgraded F-15s.

The ministry also requested an undisclosed amount for development and mass production of a “high-speed gliding vehicle” to defend remote islands, including Okinawa and outer islands near Taiwan.

Japan has shifted its defense from the northeast to southwestern Japan as U.S.-China tension escalates over Taiwan, which Beijing claims as its own territory.

The ministry is seeking money also to develop and construct an offshore landing facility with a connecting jetty on remote islands without adequate ports for warships. It also aims to step up research and development of unmanned aircraft for reconnaissance and enemy strikes to make up for a smaller number of service members.

It also needs funding for a new destroyer with Aegis-radar missile defense system with an expanded capability to shoot down gliding vehicles that could fly five times the speed of sound.