JAY SWINGLER returns to the ring to face American YouTuber and actor Cherdleys in the second edition of the Misfits Boxing series.

And on a stacked bill in Sheffield, Slim vs Ryan Taylor is the co-main event with Slim looking for another stunning KO.

Swarmz was due to return on this bill in Sheffield but his fight is off. He is set to box again in January instead.

Hasim Rahman was originally scheduled to headline the card against MMA legend Vitor Belfort, but that fight will now take place on November 19 in Austin, Texas.

So it’s now an all YouTuber main event on the huge bill. 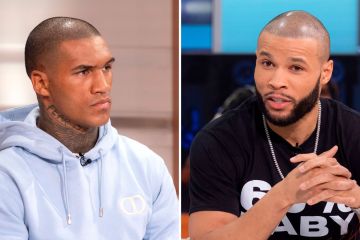 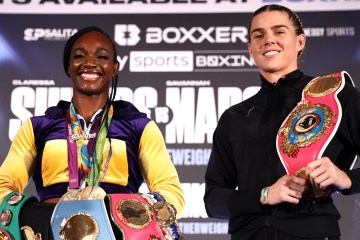 When is Jay Swingler vs Cherdleys?

What live stream is Jay Swingler vs Cherdleys on?

DAZN will be broadcasting the event.

The streaming platform costs £7.99 per month for subscribers, and this event will not be a PPV and included as part of the monthly price.

What is the full undercard?

Bunker was last in action in a losing effort to Elle Brooke in July.

While top DJ Tom Zanetti also fights on the card.