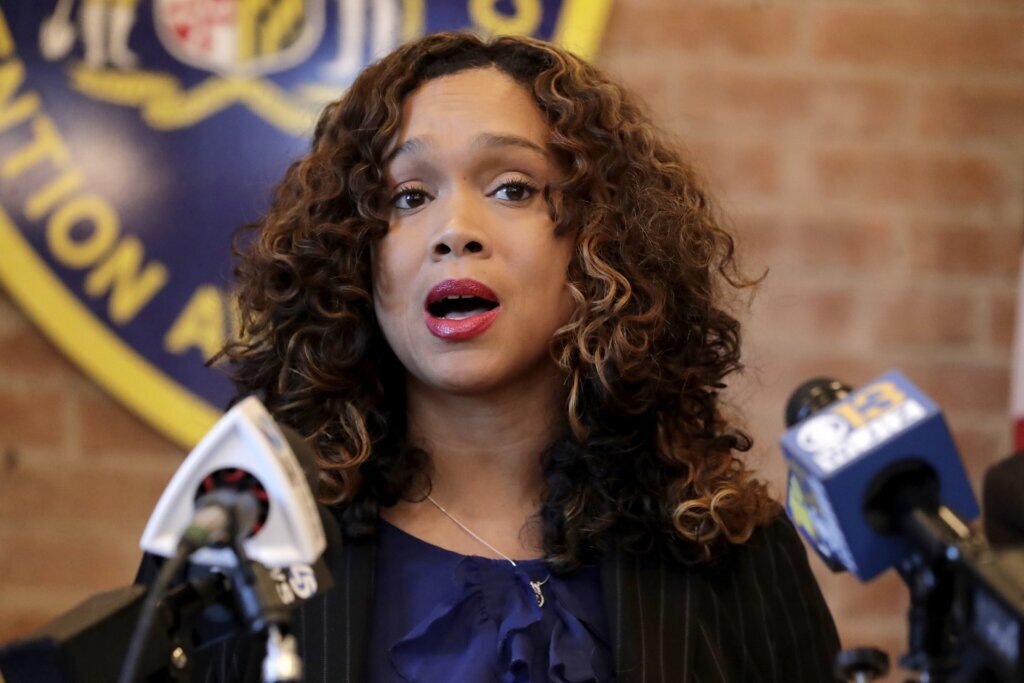 A judge held Baltimore’s top prosecutor in contempt of court on Friday, finding that she willfully violated a gag order with an Instagram comment about a high-profile murder case involving a defendant set to be tried a fifth time.

BALTIMORE (AP) — A judge held Baltimore’s top prosecutor in contempt of court on Friday, finding that she willfully violated a gag order with an Instagram comment about a high-profile murder case involving a defendant set to be tried a fifth time.

Circuit Judge John Nugent fined city State’s Attorney Marilyn Mosby $1,500, but ruled that she can avoid paying the fine by following an even more restrictive gag order about the case for the next 90 days, The Daily Record reported.

The case involves the 2015 shooting death of Kevin Jones, a security guard at Pimlico race track. Prosecutors have unsuccessfully tried Keith Davis Jr., 31, for murder four times. Two of Davis’ trials ended in mistrials. He was convicted in two other trials, but both convictions were overturned. Davis’ case has been the focus of social justice advocates who fault Mosby for continuing to prosecute Davis. He maintains his innocence.

After an Instagram account posted a video asserting Davis’s innocence and a user commented that Mosby had lost her vote in the July 19 Democratic primary for Baltimore state’s attorney, Mosby responded: “You really shouldn’t believe everything you read.”

In commenting on the post, Nugent said, “I cannot see the social media comments on Instagram as anything but a willful violation of this court’s gag order.”

Mosby was present for the hearing, but wasn’t required to testify. Chief Counsel Erin Murphy, who represented the State’s Attorney’s Office, acknowledged that the comment was “an unwise choice” saying it was intended as a response to the user saying Mosby had lost her vote.

Mosby was defeated in a Democratic primary by defense attorney Ivan Bates. Baltimore is heavily Democratic, and no Republican is running in November though one unaffiliated candidate filed for the upcoming general election.

Bates has said he believes the charges against Davis should be dismissed. If elected, Bates would be in office by the time Davis’ fifth trial is scheduled to begin.