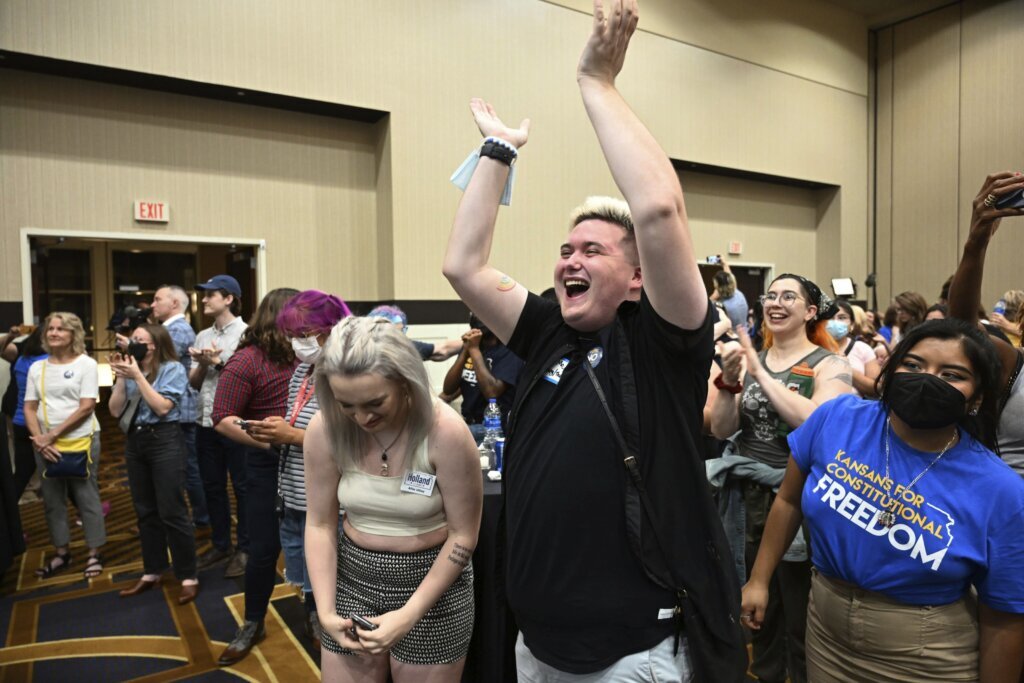 TOPEKA, Kan. (AP) — Kansas’ elections director says the state will go along with a request for a hand recount…

TOPEKA, Kan. (AP) — Kansas’ elections director says the state will go along with a request for a hand recount of votes from every county after last week’s decisive statewide vote affirming abortion rights, even though there was a 165,000-vote difference and a recount won’t change the result.

Melissa Leavitt, of Colby in far western Kansas, requested the recount and declined to comment to reporters Friday evening, citing work obligations. But she said on an online site raising funds for a recount that she had “seen data” about the election. Her post was not more specific, and there no evidence of significant problems with the election.

Baseless election conspiracies have circulated widely in the U.S., particularly among supporters of former President Donald Trump, who has repeated false claims that he lost the 2020 election through fraud.

Kansas law requires Leavitt to post a bond to cover the entire cost of the recount. Bryan Caskey, state elections director for the Kansas secretary of state’s office, said it would be the first recount of the votes on a statewide ballot question in at least 30 years.

Caskey said the work won’t begin without a guarantee that Leavitt can cover the cost.

“Normally, they reinforce the Election Day results,” Caskey said about recounts. “We stand by the results and will do the recount.”

Also seeking a recount is state Sen. Caryn Tyson, who is trailing state Rep. Steven Johnson in the Republican primary for state treasurer by about 400 votes out of nearly 434,000 cast. She is asking for a hand recount in about half the state’s 105 counties.

Voters last week rejected a proposed amendment to the Kansas Constitution that would have allowed the conservative, Republican-controlled Legislature to further restrict or ban abortion. It failed by 18 percentage points.