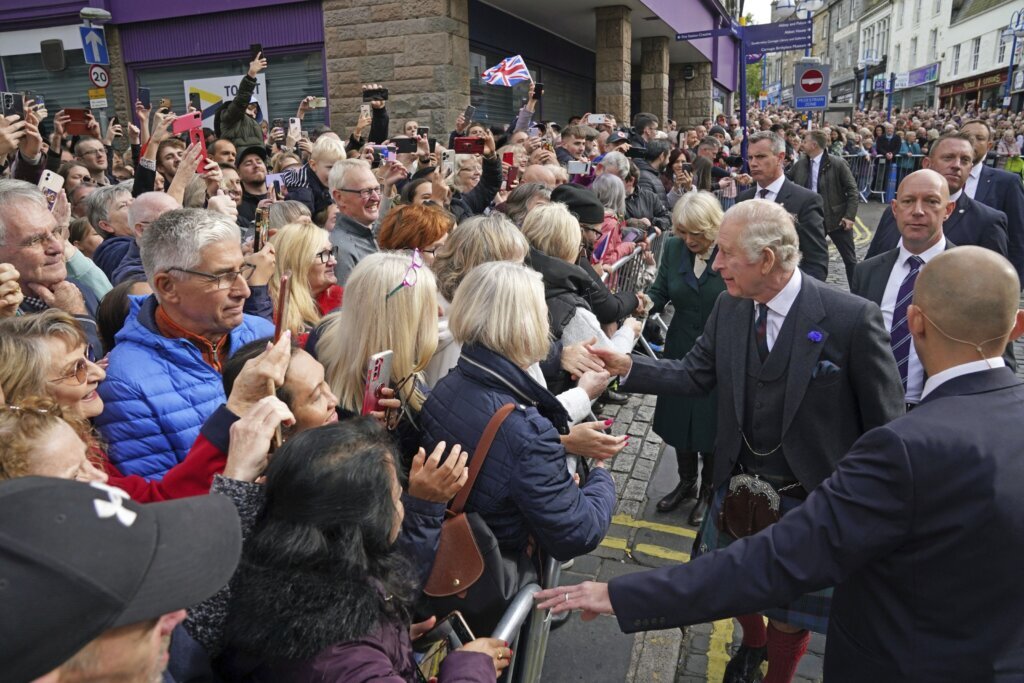 Large crowds turned out on the streets of Dunfermline in Fife, north of Edinburgh, hoping to get a glimpse of the new monarch. Charles, who wore a kilt for the visit, spent some time shaking hands with well-wishers after he greeted Scottish First Minister Nicola Sturgeon and other leaders.

The royal couple were visiting to formally give city status to Dunfermline, the birthplace of another King Charles: Charles I, who reigned in the 17th century before his execution, was the last British monarch born in Scotland.

Dunfermline was among towns that won city status as part of Platinum Jubilee celebrations to mark Elizabeth’s 70 years on the throne.

Later Monday, Charles and Camilla will host a reception for around 300 guests at Edinburgh to celebrate the British South Asian community. The royals will meet British Indians, Pakistanis, and many others and pay tribute to the contributions they made to the U.K.

Charles became sovereign immediately upon the death of his mother Elizabeth in Balmoral Castle, Scotland, on Sept. 8. Britain held 10 days of national mourning, while the royal family extended the mourning period for a week after the queen’s funeral on Sept. 19.

Champions League boost: Salah, Kane and Lewandowski all to score – was 5/1 NOW 7/1

Rupee plunges 49 paise to 81.89 against US dollar as crude oil spikes