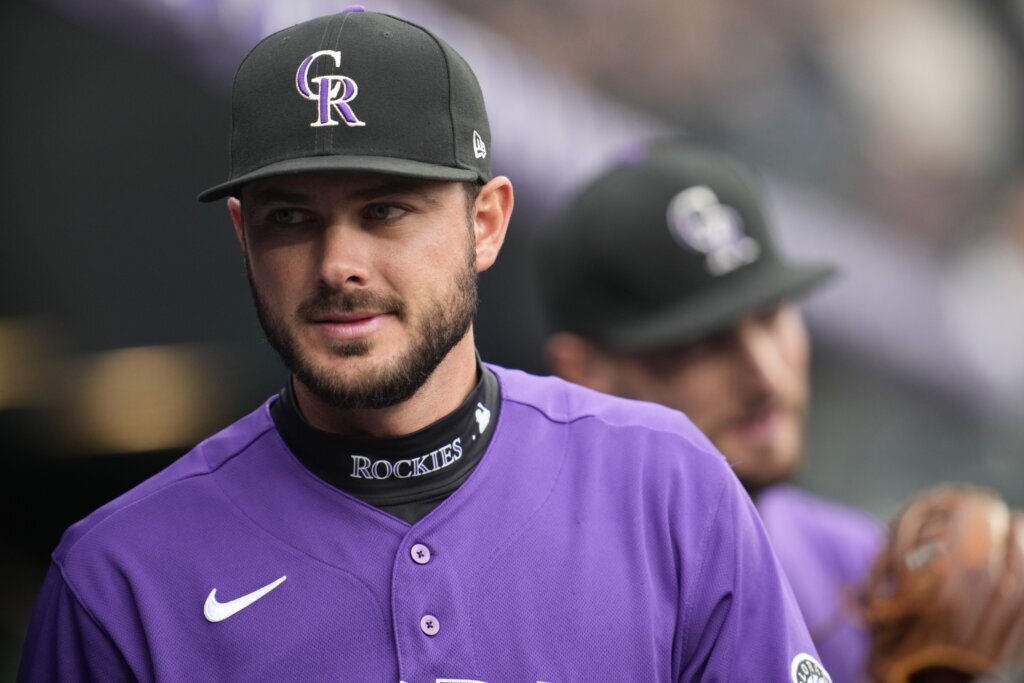 DENVER (AP) — Kris Bryant is returning to the Colorado Rockies’ lineup on Monday after missing more than a month with a lower back strain.

The Rockies activated the star outfielder from the 10-day injured list, and slotted him to bat third and play left field in first of a three-game home series against the Los Angeles Dodgers.

Bryant has not played since May 22, when he went on the IL for the second time this season. He was sent to Triple-A Albuquerque for a rehab assignment and doubled in Friday’s game with the Isotopes.

“The thing we were all hoping for is that he got to a place physically where he’s confident and very comfortable,” Rockies manager Bud Black said. “We got to that place with a lot of hard work with our training staff and our strength guys.”

Colorado signed Bryant to a seven-year, $182 million contract in the spring to help fill the void that Trevor Story left when he signed with Boston via free agency.

Bryant hit safely in his first 11 games with the Rockies and then slumped before being placed on the 10-day IL on April 25. He returned on May 21 but played in just two games and ended up back on the injured list.

Bryant is hitting .270 with four doubles, four RBI and no home runs.

To make room for Bryant on the active roster, Colorado optioned right-handed pitcher Ryan Feltner to Triple-A. The Rockies also activated reliever Ty Blach from the 15-day IL and placed infielder/outfielder Sean Bouchard on the 10-day IL with an oblique strain.

Eddie Hearn interested in Cris Cyborg or Holly Holm fight for Katie Taylor next: ‘It’s something different and Katie’s earned the right’