KSI has announced a Foe II at the O2 – claiming he’ll fight TWO opponents on the same night.

The YouTuber has added Bulgarian pro Ivan Nikolov, 43, to rapper Swarmz on his August 27 hitlist.

Singer-songwriter KSI came under fire for choosing rookie Swarmz as a short-notice stand-in when Alex Wassabi pulled out.

And he joked “WTF am I doing” as he doubled up in perhaps an extreme way to silence his critics.

He later added: “Alex Pussabi pulled out, so I had to do the unthinkable. 2 fights in one night. 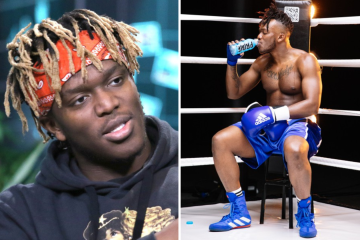 “Never done before in YouTube Boxing. And to top it off, the other opponent is a pro boxer. August 27th baby, LET’S GOOO!!!!”

He later confirmed: “Well, the pro boxer is named ‘Ivan Nikolov’. WTF am I doing!”

Nikolov, however, is a bit of Niko-lol when it comes to his pro record.

And his 5ft 8.5ins frame contrasts uncomfortably with the stature of six-footer KSI.

One fan replied to KSI’s posts by saying: “Proud of you. Let’s make history!!!

But another worried he could be facing an Ivan the terrible.

That post read: “I don’t want to be that guy that points this out but he’s fighting a pro boxer with terrible movements and is big and slow yes Jake (Paul) has never fought a professional boxer before but he still knocked out guys with multiple championships and Olympic medals.”

KSI beat Logan Paul in his only pro bout so far, having drawn with the fellow social media celebrity in an exhibition fight.

Little League World Series is back with 4 more teams