PARIS SAINT-GERMAIN fans have SLAMMED Kylian Mbappe for giving up on a counter-attack.

The 23-year-old superstar nonchalantly walked away instead of trying to score.

Mbappe appeared to strop when he wasn’t passed the ball by midfielder Vitinha.

The forward then aimlessly strolled in the opposite direction as the Parisians attacked down the right flank.

Supporters thought the least he could do is try after the club presented him with a three-year deal worth £507MILLION this summer.

One fan said: “If he kept running, he could score from the Hakimi’s shot.” 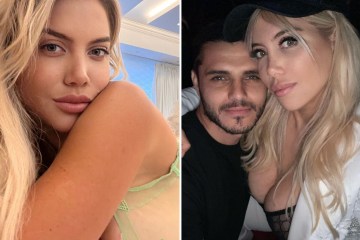 While another added: “What is wrong with this mummy’s boy? This annoying.”

Another complained: “Zero discipline from the boy, great players work on and off the ball, if he had kept running the ball would have eventually landed on his side as it did. So he wanted to do by himself? Then what’s the point of being in a team?”

The French international had already missed a penalty earlier in the first half.

And controversially, team-mate Neymar has liked tweets which have slammed the apparent decision to make Mbappe the spot-kick taker.

But other than his moaning stars, new boss Christophe Galtier will be pleased with the 5-2 victory over Montpellier.

The French giants have started the campaign brightly under Galtier.

Two wins in two Ligue 1 games and five goals in each sees the champs top again.

Mbappe’s recently signed new deal with PSG has reportedly seen huge perks added to his deal in addition to his colossal wage package.

These perks are said to include influence over the club’s ‘sporting project’, which means the World Cup winner has a say on player recruitment and coach appointments.