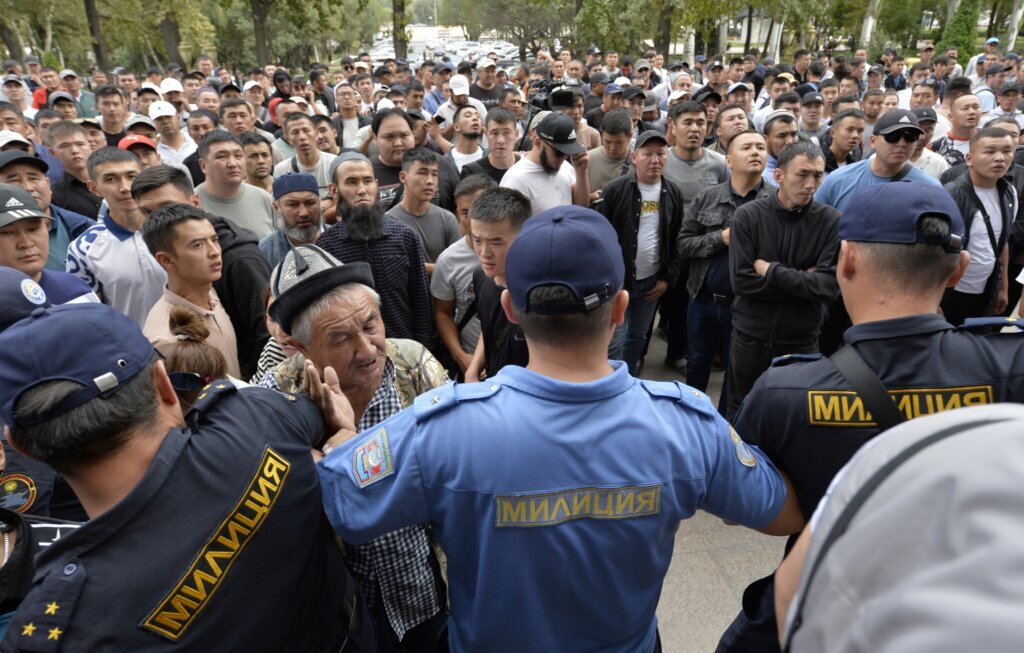 MOSCOW (AP) — The security chiefs of Kyrgyzstan and Tajikistan sat down for talks Saturday to stop fighting on the border between the two countries that so far has killed at least 24 people and wounded over 100.

The Kyrgyz border service announced the new round of talks as the two ex-Soviet nations traded blame for shelling that resumed Saturday morning after what appeared to be a brief respite overnight.

The fighting, which started Wednesday for no obvious or publicly announced reason, intensified on Friday. Kyrgyzstan’s Health Ministry said early Saturday that the bodies of 24 people killed in the clashes were delivered to hospitals in the Batken region that borders Tajikistan.

Kyrgyz hospitals and clinics also treated 103 people wounded in the shelling, the ministry said. It wasn’t immediately clear whether there were any casualties on Tajikistan’s side.

Tajik authorities, however, accused Kyrgyz forces of destroying a mosque and targeting civilian infrastructure, including residential buildings. Tajikistan’s security officials also charged that Kyrgyzstan was amassing troops and military equipment near the border in preparation for “provocations.”

It wasn’t immediately clear what prompted the fighting on the tense border between the two former Soviet Central Asian neighbors. An attempt to establish a cease-fire on Friday afternoon quickly failed and artillery shelling resumed later in the day.

Kyrgyzstan’s Emergencies Ministry said 136,000 people were evacuated from the area engulfed by the fighting.

The border guard chiefs of the two countries met around midnight and agreed to create a joint monitoring group to help end the hostilities.

In 2021, a dispute over water rights and the installation of surveillance cameras by Tajikistan led to clashes near the border that killed at least 55 people.

The presidents of Kyrgyzstan and Tajikistan, Sadyr Zhaparov and Emomali Rakhmon, met Friday at the summit of the Shanghai Cooperation Organization in Uzbekistan. According to a statement on Zhaparov’s website, the two leaders discussed the border situation and agreed to task the relevant authorities with pulling back troops and stopping the fighting.

Zhaparov said Saturday in an online statement that “the issue of disputed borders has always been accompanied with conflicts and casualties”.

“But, we will not give anyone a single meter of our land, which we inherited from our ancestors,” Zhaparov said. “We will firmly defend national interests.”