Lava from Hawaii volcano slows its approach to key highway 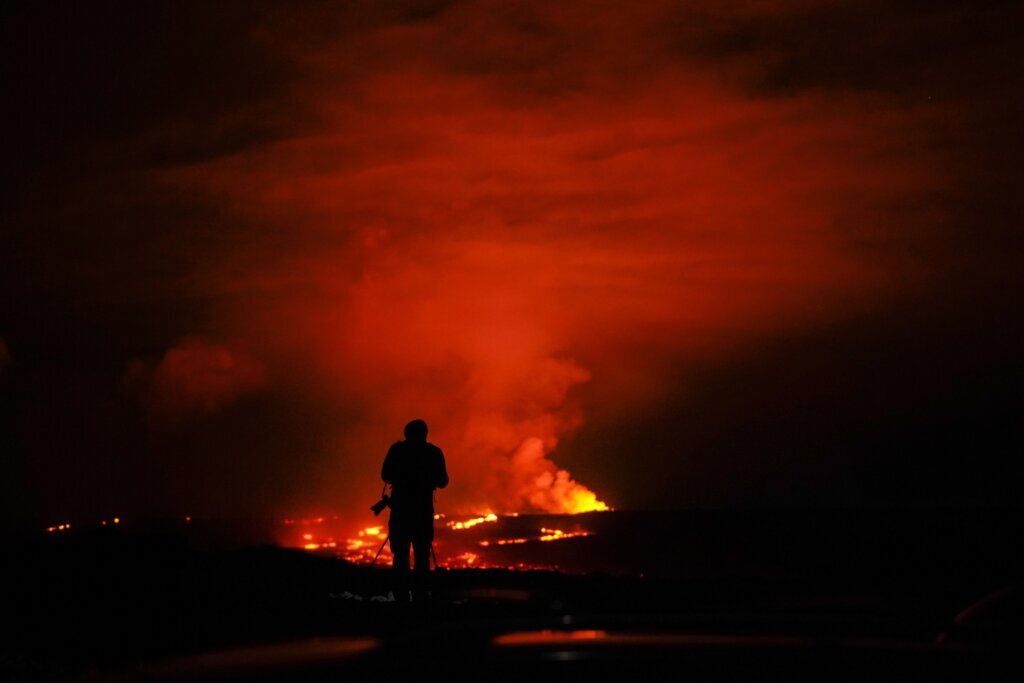 Rivers of glowing lava oozing from the world’s largest volcano could swallow the main highway linking the east and west coasts of Hawaii’s Big Island as early as this weekend, and there’s nothing humans can do to stop it, experts said.

KAILUA-KONA, Hawaii (AP) — Rivers of glowing lava oozing from the world’s largest volcano shouldn’t be able to reach the main highway linking the east and west coasts of Hawaii’s Big Island for at least a week, an official said Thursday.

The lava flowing down Mauna Loa has “slowed considerably” since it reached flat ground, Ken Hon, scientist in charge at the Hawaiian Volcano Observatory, said at a news conference.

Route 200, known as Saddle Road, bisects the island, connecting the cities of Hilo and Kailua-Kona. If it becomes impassable, the alternative is a longer coastal road that adds several hours of driving time to a trip that normally takes about 1 1/2 hours.

The distance from the road doesn’t mean much when thinking about when or if the lava will meet it, Hon said. The flow has become very viscous since it hit flat ground.

Officials were initially concerned that lava would head toward the community of South Kona, but scientists later assured the public the eruption had migrated and wasn’t threatening communities.

Gov. David Ige has issued an emergency proclamation to allow responders to arrive quickly or limit access as needed.

If lava does cross the highway, the Hawaii National Guard can help plan for alternatives and try to set up bypass routes, the governor said.

Lava crossed the Mauna Loa Observatory access road Monday night and cut off its power, Hon said. It’s the world’s premier station that measures heat-trapping carbon dioxide in the atmosphere. The federal government is looking for a temporary alternate site in Hawaii and is contemplating flying a generator to the observatory to get its power back.

Mauna Loa last erupted in 1984. The current eruption is its 34th since written record keeping began in 1843. Its smaller neighbor, Kilauea, has been erupting since September 2021.

Kelleher reported from Honolulu. Selsky reported from Salem, Oregon. Contributing to this report were Associated Press journalists Audrey McAvoy in Honolulu and Greg Bull and Haven Daley in Hilo.