LEADING OFF: Scherzer returns for Mets, Taillon on a roll 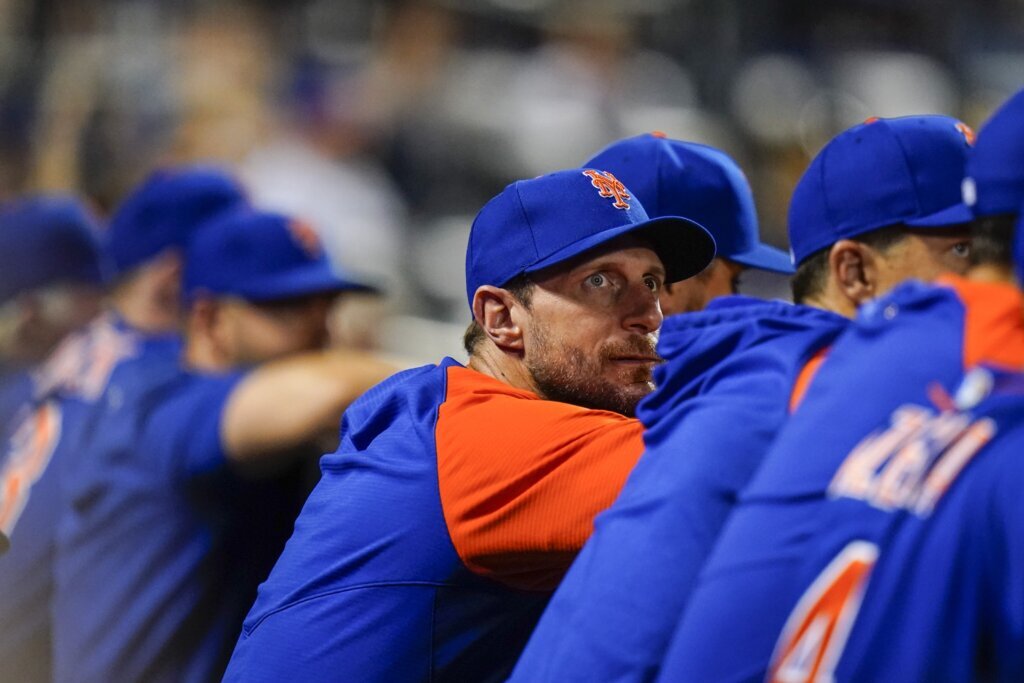 A look at what’s happening around the majors today: ___ MAX IS BACK Mets ace Max Scherzer returns to a…

A look at what’s happening around the majors today:

Mets ace Max Scherzer returns to a major league mound for the first time since May 18 when the NL East leaders play at Cincinnati.

The right-hander, who turns 38 in three weeks, hasn’t pitched for the Mets since he strained the oblique muscle in his left side while throwing a pitch to the Cardinals’ Albert Pujols.

Scherzer is 5-1 with a 2.54 ERA in his first season with the Mets, who signed the three-time Cy Young Award winner to a $130 million, three-year contract during the offseason. He made a pair of starts for Double-A Binghamton on June 21 and 29, allowing four earned runs and seven hits in eight innings with 14 strikeouts and two walks.

Left-hander Nick Lodolo (1-2, 5.52), who was 10 when Scherzer made his big league debut, starts for the Reds. Cincinnati is starting three rookies in a row against the Mets, with Lodolo following Hunter Greene and preceding Graham Ashcraft.

Scherzer could be joined in the Mets rotation by Jacob deGrom by late July or early August. The two-time Cy Young Award winner hasn’t pitched in the majors since July 7 last year.

DeGrom missed the second half of 2021 with right forearm tightness and a sprained elbow, then has been sidelined this season by a stress reaction in his right scapula that caused inflammation. In his first rehab outing, deGrom struck out five of six batters and threw 18 of 24 pitches for strikes for Class A St. Lucie.

Taillon starts the series opener at Pittsburgh, the team that selected him with the second overall pick in the 2010 amateur draft.

The 30-year-old right-hander was 29-24 with a 3.67 ERA in four seasons with the Pirates, who traded him to the Yankees in January 2021 for four prospects: right-handers Roansy Contreras and Miguel Yajure, infielder Maikol Escotto and outfielder Canaan Smith.

Taillon will be facing Pittsburgh for the first time.

Marlins right-hander Sandy Alcantara looks to add to his dominant first half when he faces Mike Trout and the Angels in Miami.

The 26-year-old Alcantara threw a season-high 117 pitches in his last outing, a complete-game win at St. Louis.

Trout is coming off a three-game series in which he went 0 for 11 and struck out nine times as the Angels got swept in Houston. The three-time AL MVP is hitless in his last 14 at-bats overall.